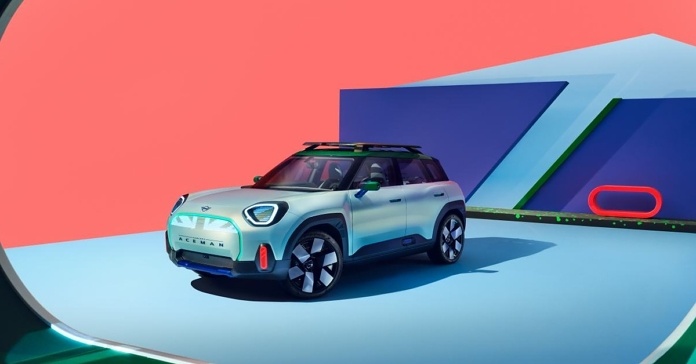 The Aceman will set the tone for future MINI EVs.

British automaker MINI has unveiled a new concept EV, Mini Aceman. The Aceman concept is expected to be seen in future Mini EVs, with reports claiming that the concept will be under production by 2024. Aceman is expected to make a public debut at Gamescon 2022, held in Cologne, Germany. The Aceman will be an electric crossover, positioned between Mini Hatchback and Countryman SUV. 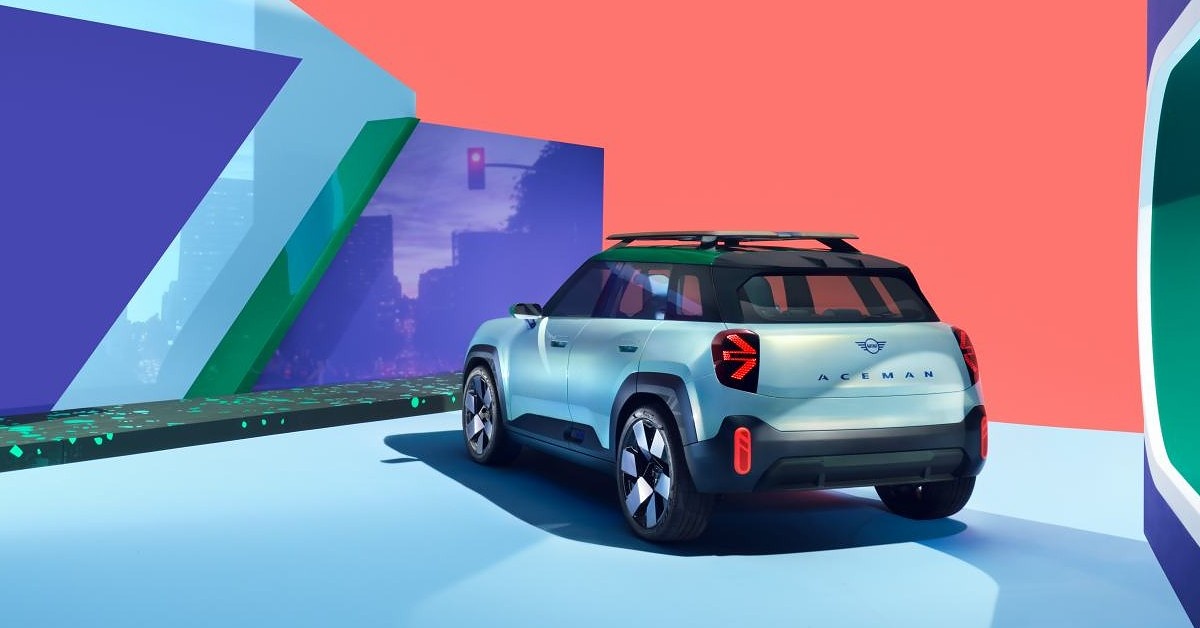 The Mini Aceman is based on the ‘Spotlight’ architecture jointly designed by BMW and Great Wall. The same architecture will also underpin future generation Mini EVs. When it comes to design, the Aceman carries forward some of the more traditional Mini elements like short front and rear overhangs, along with a slightly muscular side profile. The flush door handles are a departure from the chrome ones on the Mini hatchbacks.

The headlamps have been redesigned and given a triangular shape, as opposed to the round ones on traditional Minis. The hexagonal grille on the Mini Aceman has an LED outline, giving it a more futuristic look. The light turquoise hue on the exterior adds to the sense of excitement. Depending on the way the light falls, the colours appear brighter or darker, which lends a subtle three-dimensionality to the surface and edges. The roof rack is in British Racing Green and shimmers in different shades of blue, purple, green, turquoise, and pink. 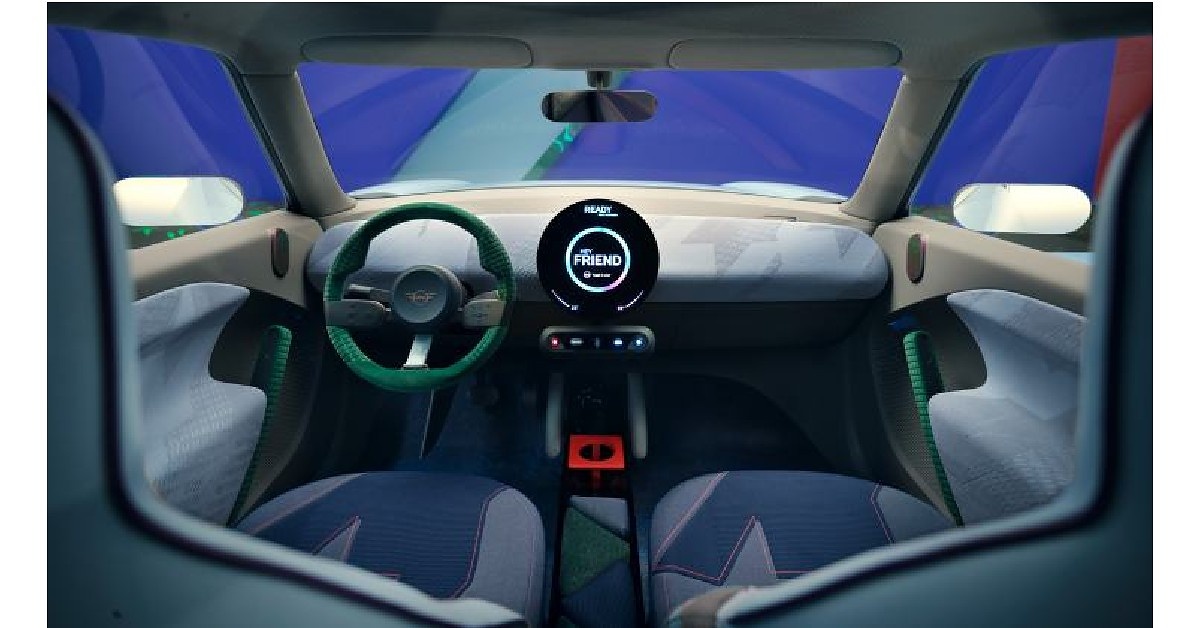 Inside, the Mini Aceman concept combines classic and sporty Mini design elements. The main feature is the circular OLED touchscreen that floats horizontally in one long curve. The Aceman offers more interior space than other Mini hatchbacks. This is largely due to Mini cutting down on dashboard volume and steering wheel bulk. The design on the seats and dashboard seems to be knitted on and features bright graphics. Mini has not confirmed whether this design element will be seen in future EVs.

The battery capacity and drive range of Mini Aceman has not been announced yet. The next generation Mini EVs are expected to come with 40kWh and 50kWh battery packs with a range of over 400km. The Aceman is likely to get these configurations too.

Mini Aceman could potentially replace the Clubman, with the latter expected to be phased out by 2023. With the Aceman, Mini will be targeting the next generation of buyers, who will have a diverse range of hatchback EVs to choose from. With Aceman’s public debut later next month at Gamescon 2022, we can expect more details and visuals.