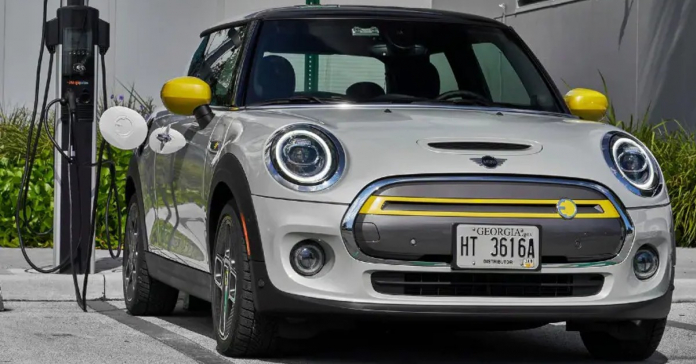 Mini cooper electric was officially teased by the company.

Mini Cooper Electric has been teased officially by the company on their social handles indicating that it will be released in India soon. The fully electric classic hatch made its debut last year in the International market. As there is an increase in demand for EVs in India. The company made the right model to release it in the Indian market as well. The car was already unveiled in the country last February, but the Mini decided to delay the car due to a global pandemic. Here is everything we know about the EV.

The design looks similar to its petrol counterpart with few noticeable changes. We can see a closed front grille which increases the air dynamics rather than cooling the engine. The new paint scheme includes Rooftop Grey and Island Blue to make it look distinct from the normal version. Some paint schemes are furnished with bright neon colours and Electric badging. However, the round iconic LED lights withDRLs and design remains the same. These bright neon colours can be seen on the nig 17-in four spoked wheel and back pillars as well giving the car a nice contrast. 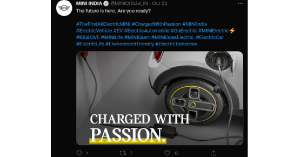 The features of the interior are also identical with more neon colour contrast. It will also sport adaptive LED headlights with a matrix function for high beam, heated steering wheel, auto temperature control, a Harman Kardon music system, Head-Up Display, wireless phone charging and more. Adding to it is also a 5.5-inch oval-shaped touch screen digital instrument cluster with support of wireless Apple Carplay and Android Auto. The car also gets a smart connect feature with which you can control AC or lock/unlock the car with your smartphone.

Powering the Mini Cooper Electric is a 32.6 kWh battery pack mounted under the floor. The batteries are placed between the front seats and under the back seats to maintain the stability of the car. The claimed range from the batteries is 204-234 on a single full charge cycle. The capable electric powertrain minted on the front axle produces 184 bhp of power and 270 Nm of peak torque. The car can reach a top speed of 150kmph with 0-100kmph in just 7.3 seconds.