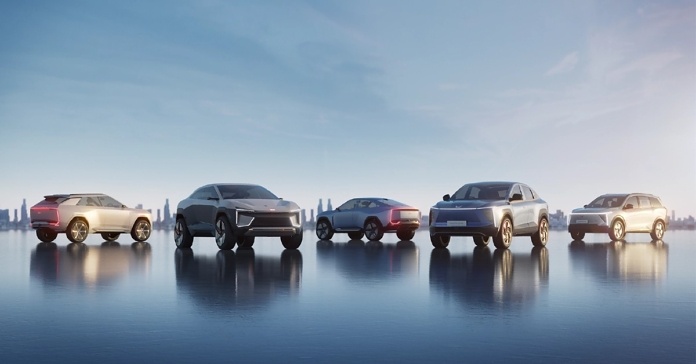 Mahindra also inaugurated its MADE facility and unveiled the INGLO platform for its EVs.

After teasing its new line of EVs since March this year, Mahindra has finally unveiled five new electric vehicles under the XUV.e and BE banners. The launch event took place on 15th August in the newly inaugurated Mahindra Advanced Design Europe (MADE) facility in Oxfordshire, UK. The XUV.e models will arrive first, with a launch scheduled for December 2024. The BE models are expected to be launched by October 2025.

Mahindra EV launch: All you need to know 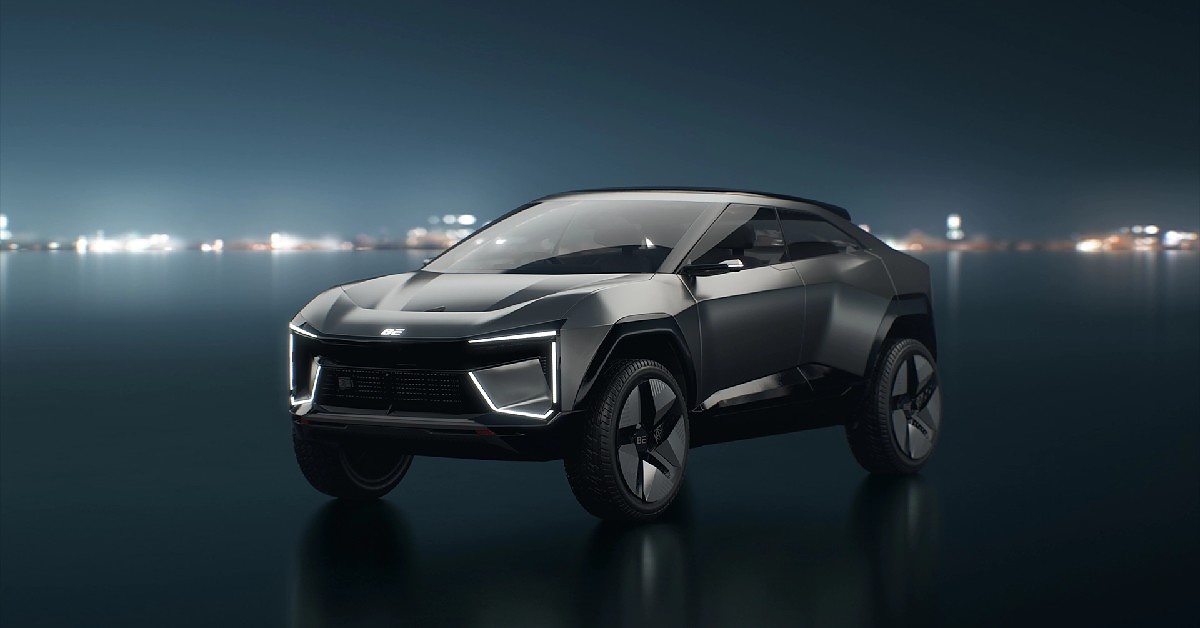 The five electric SUVs launched by Mahindra are XUV.e8, XUV.e9, BE05, BE07, and BE09. The XUV.e EVs will soon be in the ‘execution’ stage and are expected to be launched by December 2024. The Born Electric line is still under advanced development and will arrive by October 2025. All 5 EVs are based on Mahindra’s INGLO (India Global) platform which uses Volkswagen’s MEB platform components.

“We are proud and delighted to showcase our Born Electric vision. It provides a strategic direction that is in line with our core philosophy of ‘Rise’ – to be an organisation that will be counted among the best in the world and at the same time rise for our planet to fight against climate change. Mahindra will offer customers future-ready technology, head-turning design, world-class products and the benefits of global partnerships. By 2027, we expect that a quarter of the SUVs we sell will be electric.” 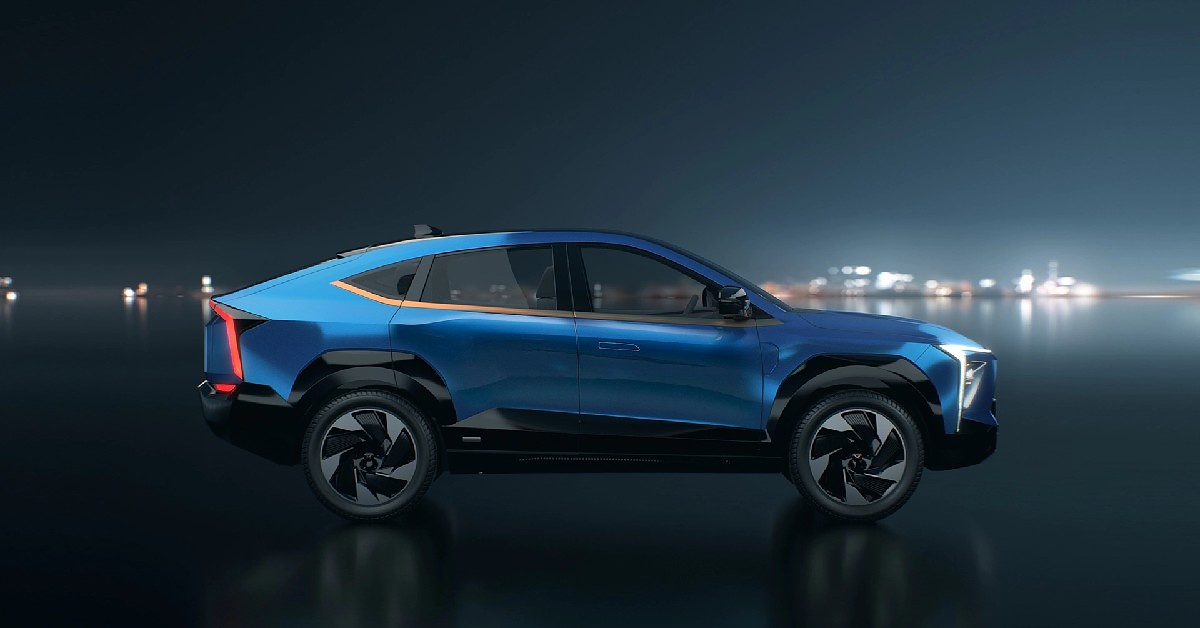 The XUV.e8 will be the first release from Mahindra’s line of electric SUVs. With dimensions of 4740 x 1900 x 1760mm and a wheelbase of 2762, the XUV.e8 is bound to make its presence felt. The SUV will be based on the INGLO platform and will feature four-wheel drive. 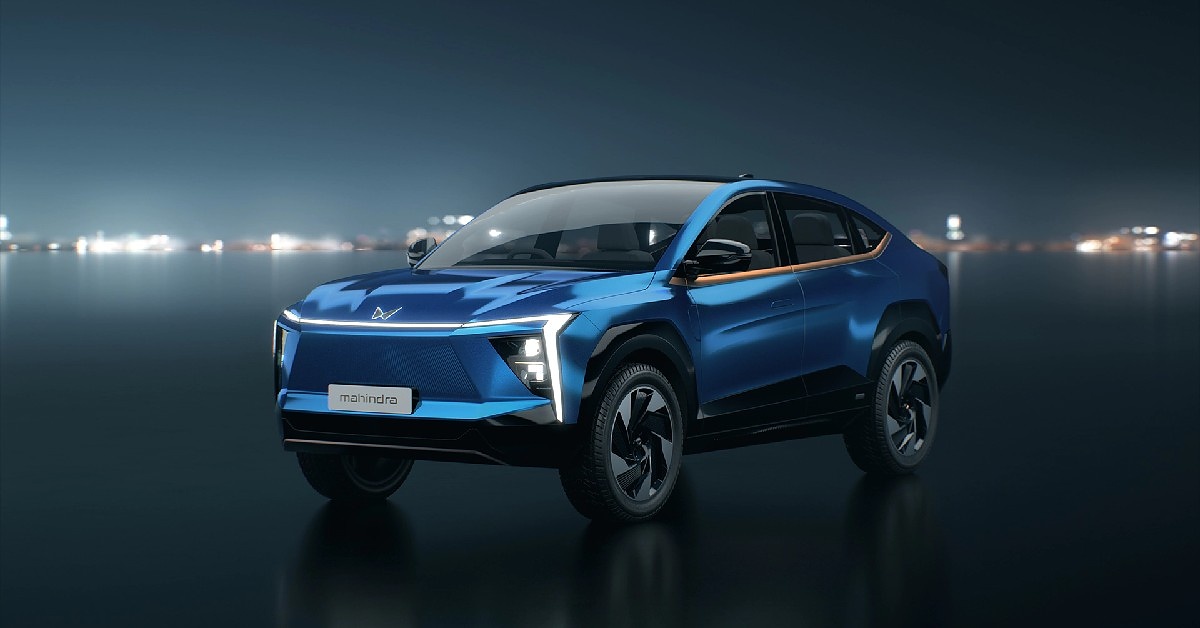 Following the e8, the XUV.e9 will get an April 2025 release. It will rest on a wheelbase of 2775mm with dimensions of 4790 x 1905 x 1690mm. It will fuse the strength of an SUV will the silhouette of a coupe. The XUV.e9 will also feature a panoramic sunroof and intelligent interiors. 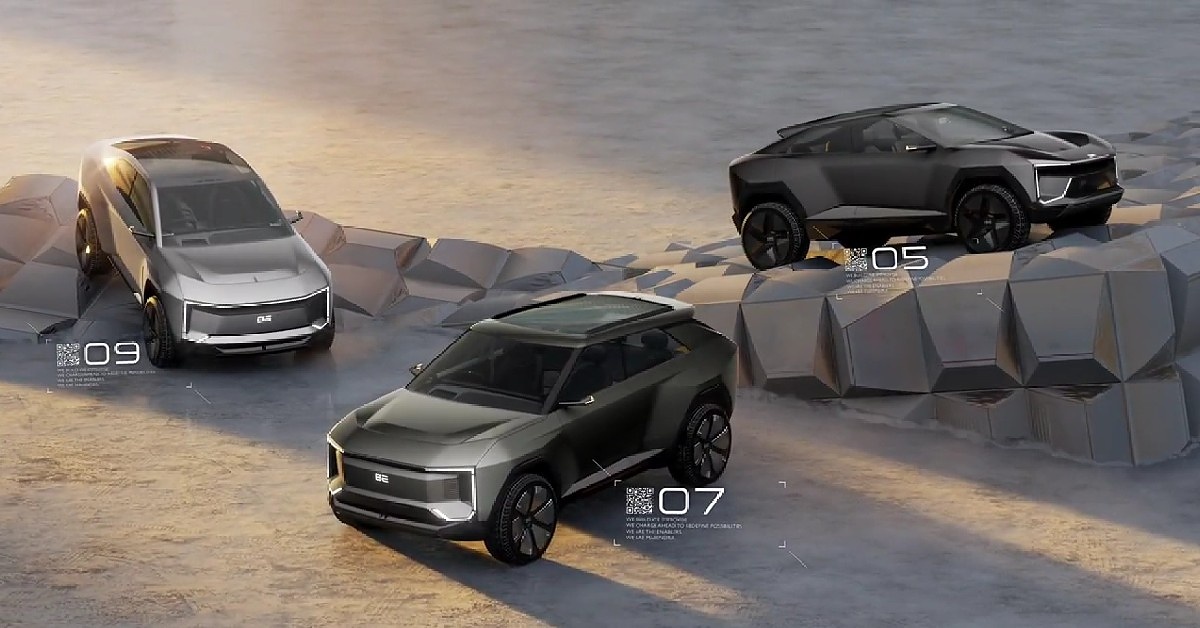 The first EV in the ‘Born Electric’ segment, the BE.05 will be launched in October 2025. With dimensions of 4370 x 1900 x 1635mm, it will be smaller than the EVs preceding it but will feature an aggressive design with C-shaped headlights and sharp cuts all around. The driver unit will receive an intelligent console and will be divided from the passenger seating.

The BE.07 looks more like a traditional SUV but features the signature EV design. It retains the C-shaped headlights and tail lamps from the BE.05 but does not feature as many sharp edges. It rests on a wheelbase of 2775mm with its dimensions being 4565 x 1900 x 1660mm. Inside, the dashboard will be covered entirely by a massive touchscreen with integrated controls. Mahindra is planning an October 2026 launch for the BE.07

The launch date for the BE.09 is yet to be decided. It will be based on the INGLO platform as well, but Mahindra is yet to reveal its dimensions. It is safe to assume that the BE.09 is behind the development curve, compared to its counterparts. In terms of design, it will be a coupe-SUV like the BE.05 and will sit on top of the EV line.

With its new line of EVs, Mahindra seeks to achieve a target of one million global sales by 2030. With the EV market still in its infancy in India, the XUV branding will help Mahindra in gaining a strong foothold. Mahindra has raised Rs 1,925 crores for its EV line, with investment from British International Investment. Further plans of investment up to 1 billion USD are now in motion.