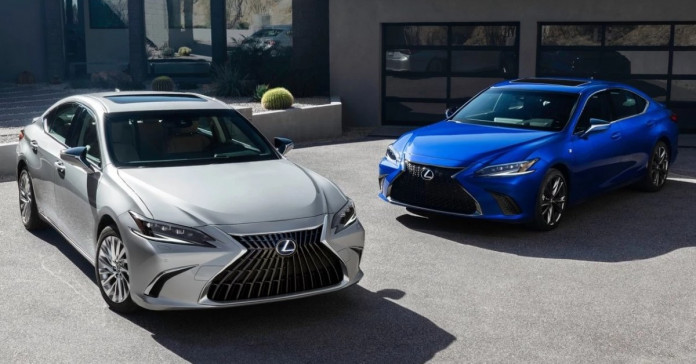 Lexus ES facelift launched in India with a price tag of Rs 56.65 lakhs

Lexus reveals its facelift of the premium sedan ES in India.

Lexus ES3000 was long in queue for its facelift and now finally, the company has launched it in India. The price was increased by Rs 10,000 on the new facelift costing Rs 56.65 lakhs ex-showroom, India. The engine remains the same while the company has made some tweaks in the exterior and updated the interior. The Lexus ES is available in two variants in India: Exquisite and Luxury.

The car came up with a new mirror while following the same body language as the previous gen. The front grill has a revised mesh pattern while the lights look sharper. The overall silhouette of the ES remains unchanged but these small tweaks make the car look more fresh and timeless. Lexus also updated the design of existing alloy wheels and introduced two new shades for the exterior: Sonic Iridium and Sonic Chrome.

The interior of the car has been updated with new walnut shaded upholstery. The rear seats are now reclining and ventilated just like the front seats. The Brake pedal of the car has been redesigned for better reach. Some other features include a powered tailgate with a kick sensor, a 12.3-inch touchscreen infotainment system with the support of Apple CarPlay and Android Auto. 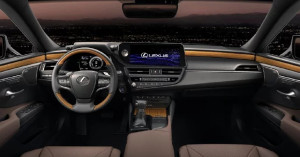 There are some additional features as well such as a 360-degree camera, a 17-speaker sound system tuned by Mark Levinson, and an air purifier. The rest of the features remain the same as the previous generation.

Powering the Lexus ES3000 is a 2.5-litre, four-cylinder petrol engine that is paired with a 16kWh battery pack. The smart hybrid system combined produces  215bhp of power and 221 Nm of torque at its front wheel. There is no manual available for Lexus ES and the transmission duty is done by a CVT automatic unit.

For now, ES3000 has only one rival in this price range, being the car of its own mother company Toyota i.e Toyota Camry which retails at starting price of Rs 41.20 lakh ex-showroom, India.