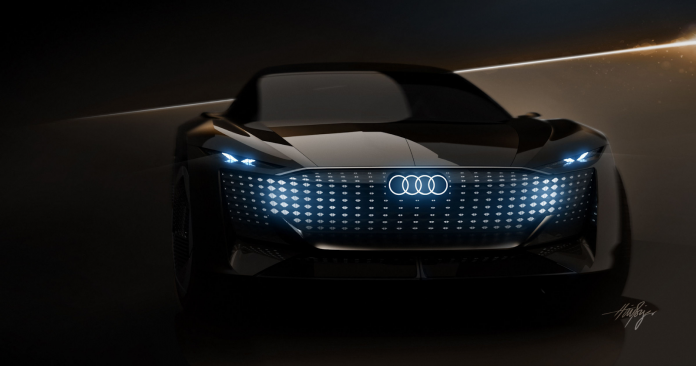 Audi launches Skysphere EV roadster: Everything you need to know

Audi, a few days ago, announced their 3 sphere car and now one of them is right in front of you. The all new Audi Skysphere looks like a marvel of a design. The key Inspiration for this car was taken from a 1930 Horch roadster. We know the following things about this car:

The design language of this car may be retro but the car’s running LED in front and rear can change sequence accordingly. It gives it a premium luxury feel and a hint on how the modern Audi cars will look like.

Straight out of Transformers movies this car can change its shape according to the mode you are driving in. The Skysphere is 5,190mm long in its comfort setting weighing 1,800kg with bold 23-inch wheels. Switching it to sports mode the car makes itself aerodynamically ready for that extra power punch. It reduces itself to 4,940mm from its A-pillar and ground clearance is reduced by 10mm. 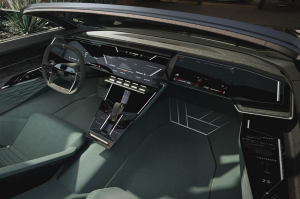 The Skysphere is powered by a 642Hp motor, which controls the rear axle Delivering 750 Nm of torque can achieve 0-100 in 4.0 seconds claimed by the company. The company claims to have an exceeded battery of 80kWh, which is calculated around 496km per cycle of charge. The motor is in the rear, including the battery to ensure the centre of gravity.

A large T shaped piano black finish Central control is there, which incorporates a full touch screen that looks futuristic. Audi also included new air suspensions for customers for a smooth ride and better handling. Seats (in all likelihood) are hand-stitched and are tucked backwards for extra luxury and more grip during manoeuvres.

Right now Audi has no plans of mass-producing these vehicles but we can surely tell the future looks bright and those Beautiful LEDs even brighter. Audi fanboys are excitedly waiting for the rest of the 2 concepts and see what Audi has intore.

Vipul Chandwanihttps://www.motorbridge.com/
Previous article
New national vehicle scrappage policy in India: What is it and what you should be aware of?
Next article
XUV 700 Launched: Here is what Mahindra has to offer