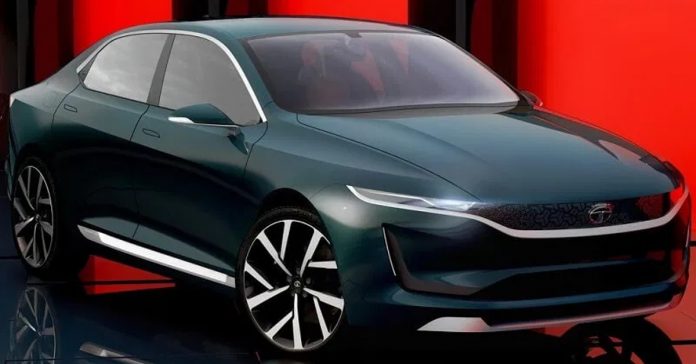 7 new electric vehicles that are coming from Tata

Planning to get yourself an Electric car? These are 7 EVs that are going to be launched by Tata in the coming time.

With the electrification era for cars taking a leap, all the companies are pushing towards this process. Tata is no different with its EV programs, we can clearly see that it is the upcoming future of companies and cars. The company recently announced 10 Electric vehicles that it is planning to launch. The exact details were not revealed at the event, but with so many leaks we can easily assume 7 cars that Tata can launch in the near future. 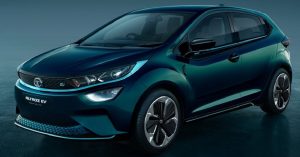 Just like its sibling the Tata Altroz is likely to get a Ziptron powertrain. As it is the top of the hatchback by Tata, we can anticipate it to have a large battery. The larger battery is expected to be larger than what is used in Nexon currently. This will also increase the range of the car up to 300km. We can look forward to this car launching at a price tag of between 8-15 lakhs ex-showroom India. 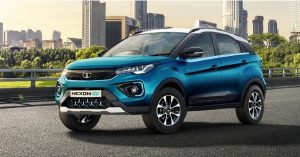 The current model of Tata Nexon EV is equipped with a 30.2 kWh lithium-ion battery that powers the motor at a maximum of 124 hp and a peak torque of 245 Nm. With Tata’s Ziptron technology underneath, we can expect that car to get a boost in performance and range. There might also be a possibility that Tata upgrades the battery and make a high range version of the Tata Nexon. Any component upgrade is likely to be assumed. 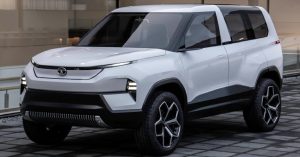 Following the legacy name and the back window, the Tata Sierra EV concept was showcased in Auto expo 2020. And we can surely predict this car to be launched by the company soon. The concept car carried the old Sierra’s Alpine window. The car will be a spacious SUV ideal for people who would love to go green.

The concept’s front was inspired by the current SUV that Tata has in the Indian market. We can expect it to be paired with the same Ziptron equipment that we will see on Tata Nexon.

Read Also: NEW BAJAJ DOMINAR WITH TOURING ACCESSORIES SPOTTED AHEAD OF ITS LAUNCH 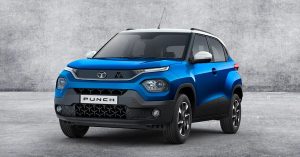 Punch is a recent addition by the company. The car retails with 1.2-litre Revotron, naturally aspirated petrol, 3 cylinder engine with Dynapro technology to provide power and fuel efficiency. The car scored an impressive 5-star rating in GNCAP. As Tata introduced almost all its small cars to EV, we can contemplate the same with Punch as well. It’s difficult to anticipate what battery or powertrain the car will be using but it surely will be an affordable subcompact SUV. 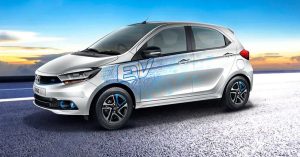 As its hatchback sibling has got an electrification update, we can look forward to the same from Tiago as well. It is likely to be powered by the same 26kWh battery pack producing 75Ps of maximum power and 170 Nm of peak torque. The ARAI claimed range from Tigor was 306 km, so we can have a little more out of Tigor as it is lighter as compared to the counterpart. We can expect this trim to be released by the end of 2021 and can guess it to be priced between 8-12 lakhs. 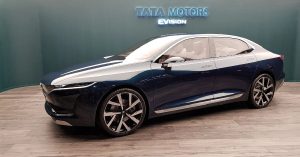 First showcased in the Geneva Motorshow, EVision was based on the OMEGA platform which is derived from Tata’s sibling company Range Rover. The car showcased was powered by two electric motors(one on each axle) making the car all-wheel drive. The expected range is over 350km after a single charge and will have all the latest technology like cloud computing, geospatial mapping, and increased levels of human-computer interfacing. Tata planned to make its own version of Tesla it seems. 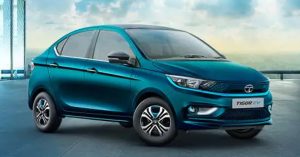 The reason why the car is in the last of the list is that the sedan was recently added to the fleet with an upgrade. Though any updates till next year are not expected for the same but there will be an uplifted model. We can anticipate an even efficient motor paired with a bigger battery to increase the range. Other details are difficult to anticipate.

There are a few cars concealed with the company and it’s expected to be pure EV. This means that there won’t be any petrol version of these cars. Talking about electrification of their SUV lineup that includes Harrier and Safari. For now, it seems very difficult to get the amount of power a motor will require to pull these heavy cars, also adding the big battery will drastically decrease the range. Tata might introduce a mild-hybrid version but a pure EV full-fledged SUV seems difficult for now.