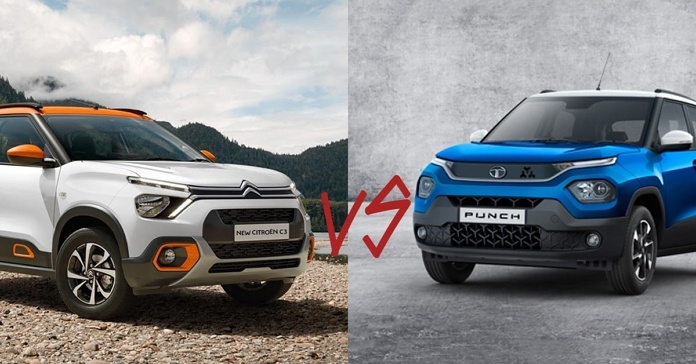 How does Tata Punch fare against the recently released Citroen C3? We take a close look.

Since its launch in October 2021, Tata Punch has amassed popularity in the compact SUV segment, with critical acclaim from all corners and the numbers to back it up. While Tata Punch seems on its way to gaining a strong foothold in the compact SUV segment, we cannot neglect the competition it’s bound to face from the newly launched Citroen C3. Today, we compare the base variants of Citroen C3 and Tata Punch and bring you all there is to know about the two cars.

Tata Punch nearly edges out the Citroen C3 in engine performance. Both cars have a similar engine capacity, with Tata Punch producing a maximum power of 84bhp compared to Citroen C3’s 80bhp. The prices of both base models are evenly matched too, with the C3 priced at Rs 5.71 lakh and Tata Punch at Rs 5.83 lakh.

Both cars come with a 1.2-litre petrol engine, with Citroen C3 employing the Puretech 82 and Tata Punch using the Revotron engine. The C3 has slightly better torque than the Punch, but the latter has a higher ceiling for power. 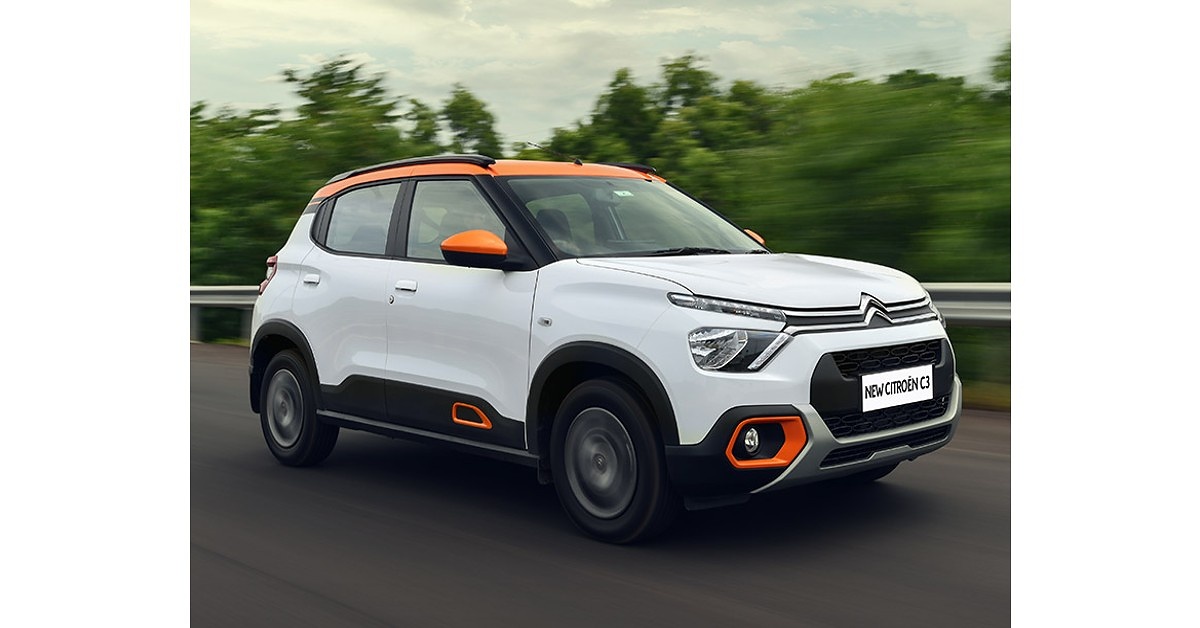 Citroen C3 is a longer vehicle than Tata Punch, but the latter is a visibly bigger vehicle, beating C3 in width and height. It is quite surprising how closely matched the dimensions of the two cars are, given the C3 is a hatchback and Tata Punch is a compact SUV. Tata Punch also has a higher ground clearance and a greater fuel tank capacity. So if you’re looking for a bigger vehicle, Tata Punch should be your pick. 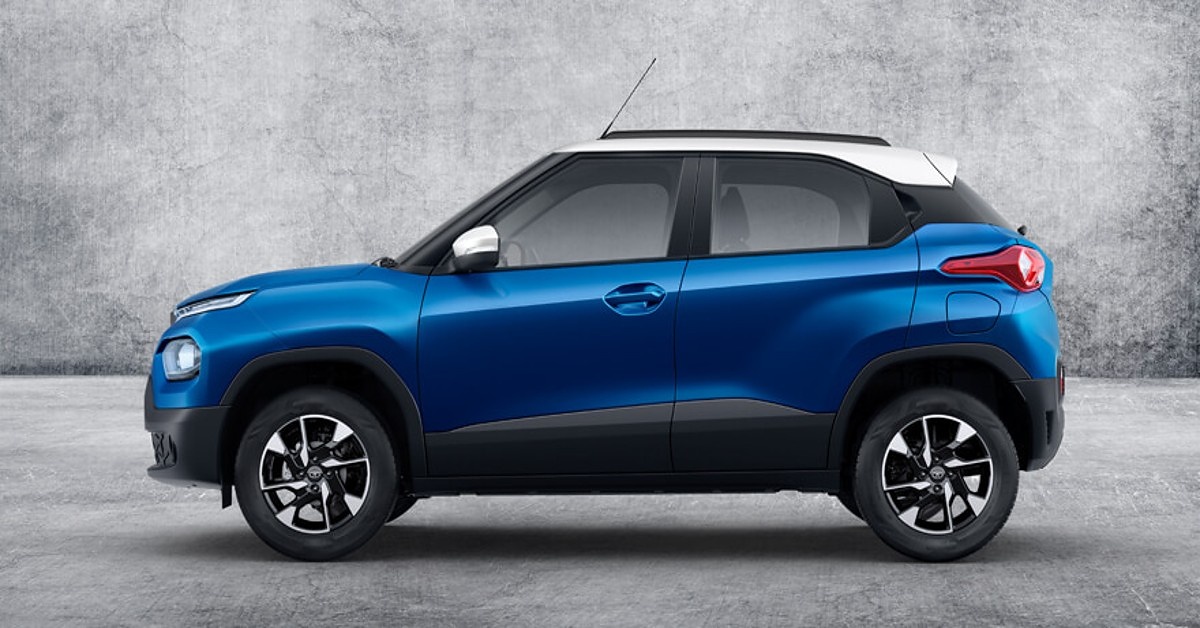 Both cars are evenly matched when it comes to suspension, with very little to separate them. The Citroen C3 has 195/65 R17 sized tyres compared to 185/70 R15 of Tata Punch.

Tata Punch holds a significant advantage over Citroen C3, having dual tone interiors. Both cars can seat 5 people, but Tata Punch’s bigger dimensions are also reflected in the interior space.

The base model of Tata Punch comes with turn indicators on Outside Rear View Mirrors (OVRM), giving it a more premium look. While the higher variants of C3 may offer the same, the base model lacks them. However, the Citroen C3 does come in more colours, having 10 colour options compared to Punch’s 8.

Both cars leave a lot to be desired when it comes to added comfort features. Neither of the base models comes with smartphone or USB connectivity, and also lacks a touchscreen infotainment system. The higher variants may come equipped with premium features but at a price point of Rs 5-6 lakh, buyers will find these features missing.

Both cars offers the standard safety features found in their respective segments. The Citroen C3 comes with Brake Assist, which is missing in Tata Punch’s base model. Both cars are equipped with 2 airbags for the front row as per the safety regulations.