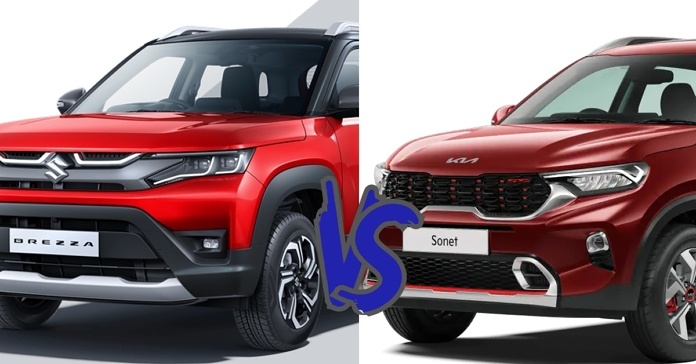 Read more to see which SUV comes out on top.

Read Also: NEW 5-DOOR MARUTI JIMNY 2022 BEING WORKED UPON: EVERYTHING YOU NEED TO KNOW

Both SUVs are evenly matched when it comes to size. Kia Sonet is marginally taller than the Maruti Brezza, with a difference of just 2mm. The Sonet also offers a larger boot space but the Brezza has a greater fuel tank capacity. 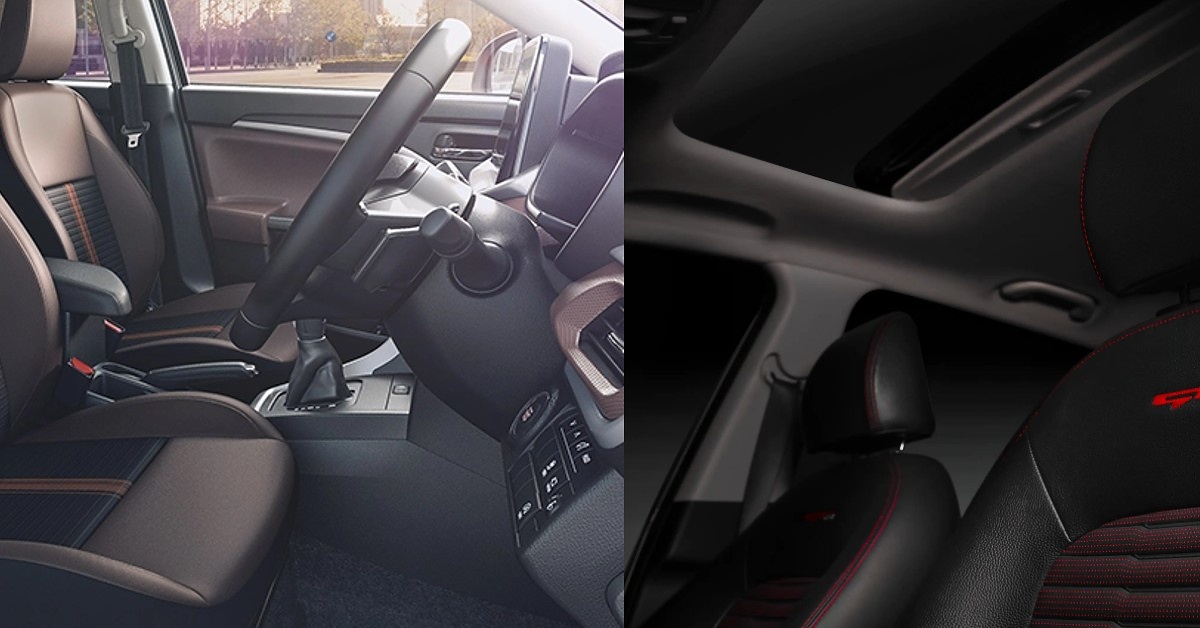 Inside, both SUVs are again pretty evenly matched, with the Brezza having fabricated upholstery. Both SUVs have a similar seating capacity. The Brezza has a TFT Colour Display, dual-tone interiors, and ambient lighting. Kia Sonet comes with LED Sound Mood lights, connected infotainment, and premium head lining. 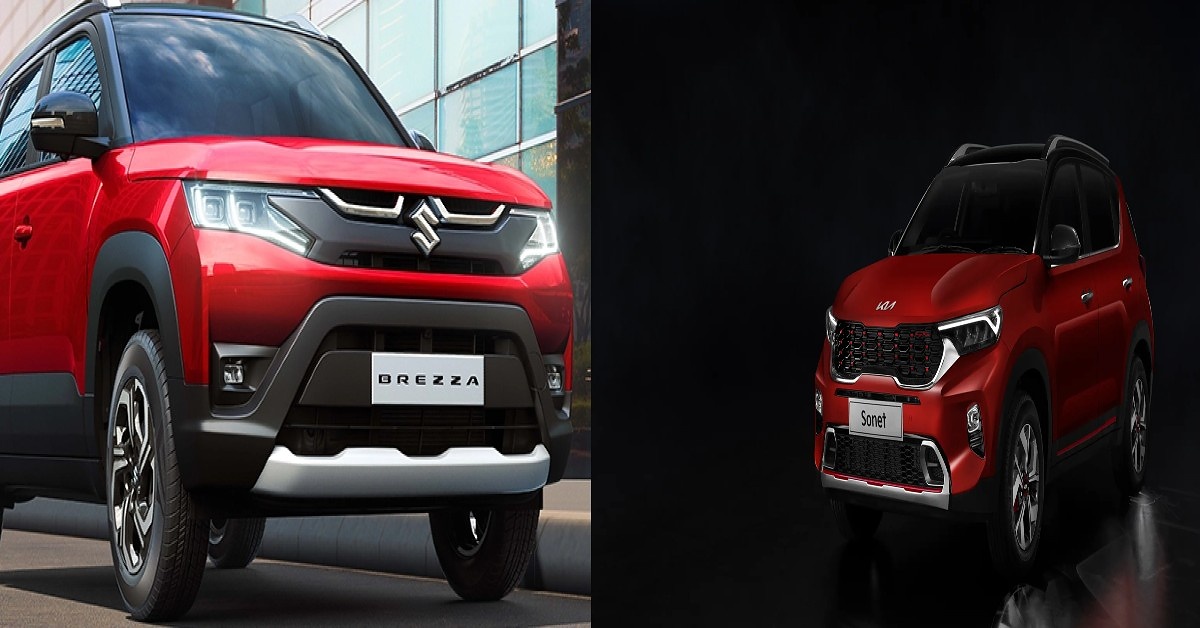 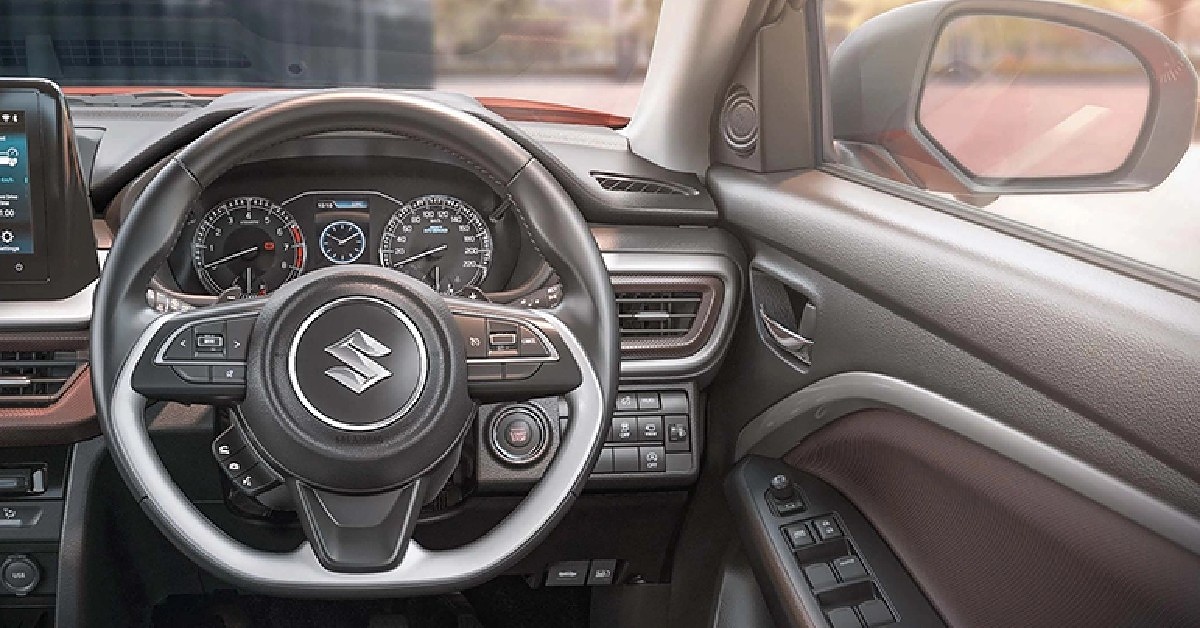 Neither SUV comes with smartphone connectivity, although the higher-end models are equipped with both Android Auto and Apple Car Play. Both SUVs have a mixed instrument cluster. 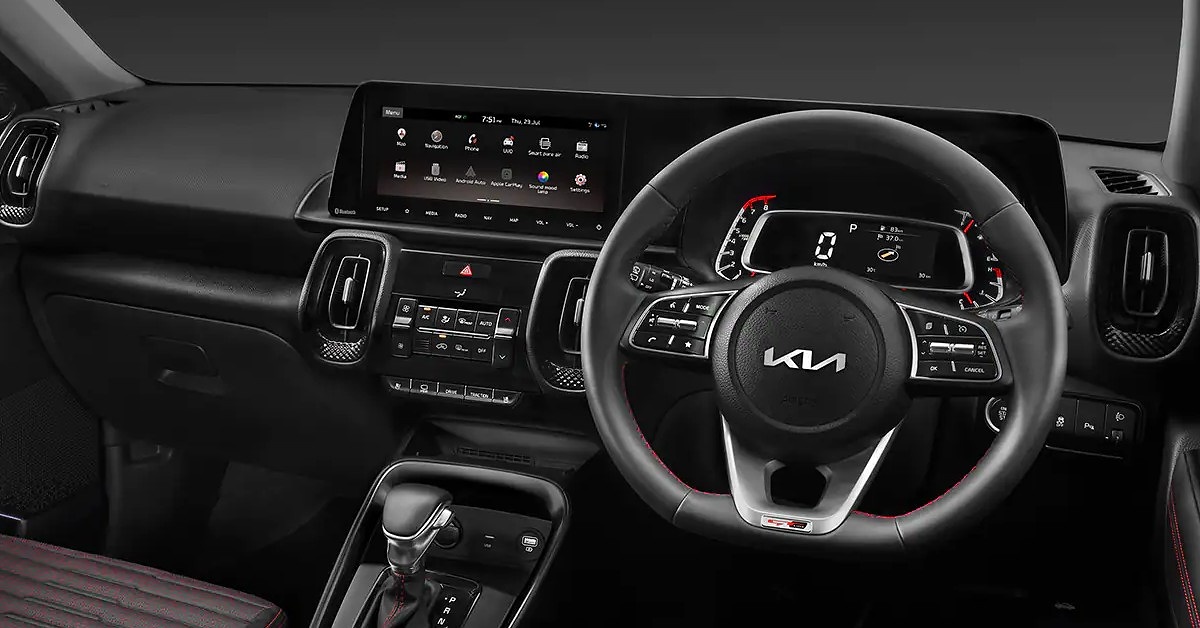 The base models of both SUVs aren’t fully stocked with all the safety features compared to their higher-end counterparts. However, the Kia SInet offers 4 airbags compared to Brezza’s 2, and also comes with Hill control.

The Maruti Brezza 2022 is expected to outperform Kia Sonet, mostly because of the massive advantage under the hood. Both cars are evenly matched in other departments, with the Kia Sonet being the slight favourite when it comes to safety. Both cars are locked in competition with Hyundai Venue, Tata Nexon, and Renault Kiger.