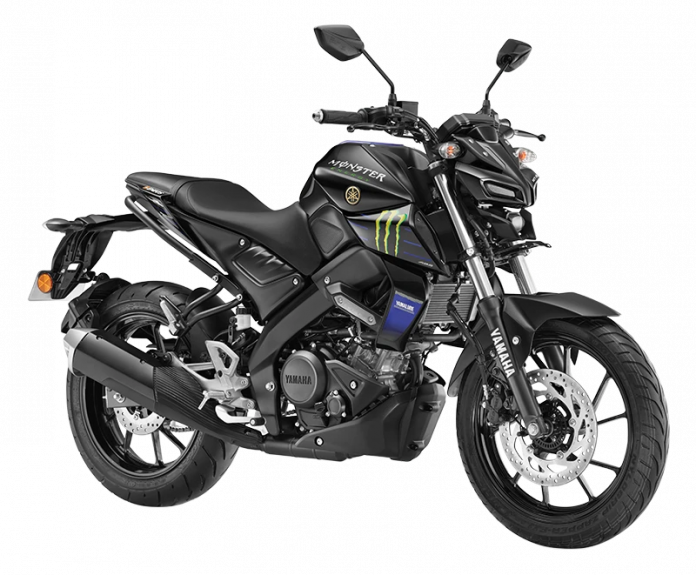 Yamaha released its MT 15 MotoGP edition. Here is everything we know.

Yamaha MT-15 is already a very successful bike in the Indian market. The company is always doing something to attract new customers. After the successful release of the FZ-25 Monster edition, the company has released the MT-15 upgraded variant as well. Nonetheless, the bike looks more stunning and beautiful than its sibling. MT-15 MotoGP edition can be booked at any Yamaha showroom near you by paying Rs 2,000. The ex-showroom price for this bike is Rs 1,45,500, which is only Rs.1,400 costlier than the normal MT-15. Here is everything we know about the MotoGP edition.

The body design of the new MT-15 MotoGP edition remains the same with a similar delta box frame weighing 138kg. The few changes we can see are on the looks of the bike. One can see MotoGP branding on the Fuel tank shrouds. Stickers of Monster Energy being Yamaha’s MotoGP partner can also be seen on side panels. The design seems subtle, the company decided to go easy with the paint scheme as compared to its sibling FZ-25. The streetfighter presence with aggressive LEDs and projector headlights remains the same. 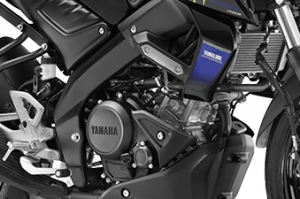 The MT-15 MotoGP edition is powered by a single-cylinder 155cc liquid cooled engine. It produces 18 hp (horsepower) at 10,000 rpm and 13.9 Nm of torque at 8,500 rpm, which is excellent for a 155cc bike. It uses VVA technology that gives it a good grunt at lower RPMs without compromising the top end. No change in standard features like side stand engine cut-off, A&S clutch system and single-channel ABS. Paired with a Multifunctional negative LCD instrument cluster with a full LED system makes the bike look very futuristic.

It’s a good move by giving normal consumers a race bike-like experience. This colour scheme will also attract track bike enthusiasts. Although, It would have been better if the company had included golden USD forks for the front just like the international market for MT-15. This would have not only made the bike look sportier but also funky on the Indian roads.

Vipul Chandwanihttps://www.motorbridge.com/
Previous article
5 tips for better care of your car tyres
Next article
The new i20 N Line by Hyundai launched in India