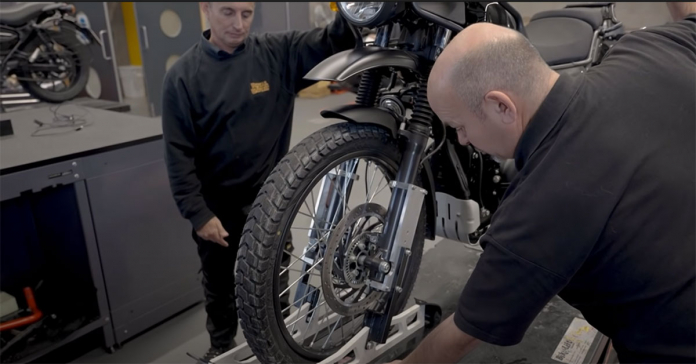 Royal Enfield is gearing up for next year. With some interesting projects under development, the company has a lot to offer in the year 2022. In an official video published by Royal Enfield, we can see a glimpse of the upcoming The Hunter 350. The company’s one of the most awaited projects is expected to launch in India next year.

We have already seen some videos and images of the Hunter 350 when it was spotted being tested on Indian roads, but now we could see the real bike in a video. In the video posted by Royal Enfield with the title “#90South | Ready for the Cold Road Ahead”, we can clearly see the backside of the bike on the top-left frame of the video. The bike can be spotted at the back of the Royal Enfield engineers between the 01:23 – 01:31 mark. The bike seen in the video looks very similar to the prototype of the Royal Enfield Hunter, which was spotted testing on Indian roads. 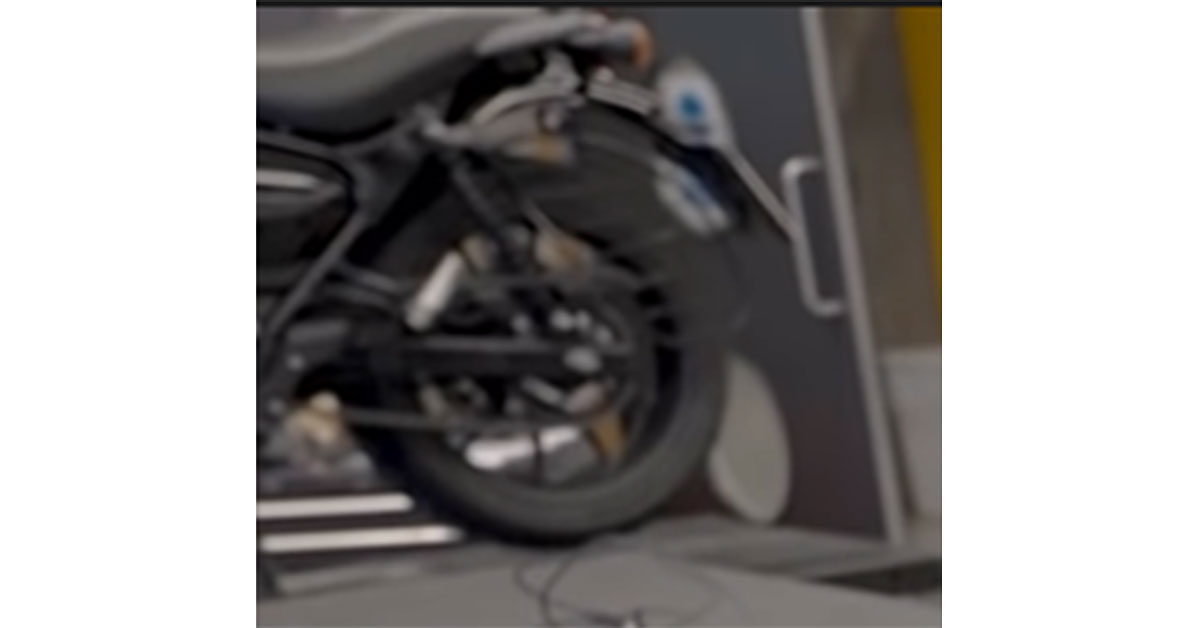 Design, Specifications, and features of The Hunter 350

The riding stance on the new Hunter 350 will be like a commuter bike, with a straight and wide handlebar it should offer a comfortable riding experience to the rider also the front headlamps are in round shape which can be seen in the spy shot.

The Hunter 350 will be based on the new J-Series platform just like the Meteor 350. Hunter is also expected to use the same engine that is found on the Meteor 350, which is a 349 CC single cylinder engine that can generate 27Nm torque and 22Hp paired with a 5-speed gearbox. To make the riding experience comfortable the Royal Enfield’s Hunter 350 will provide a 35mm front telescopic shock absorber and twin gas-charged shock absorber at the rear wheel. Hunter 350 will have single disk brakes for both the rear and front wheels for better control of the bike.

But before the launch of the Royal Enfield Hunter 350 happen we could see another bike from the house of Royal Enfield, Scram 441 is supposed to launch next year in the month of February

The Royal Enfield Hunter 350 is expected to hit the road somewhere in the mid of the year 2022. The pricing information of the bike is not available as of now but it is expected to be the company’s most affordable bike.