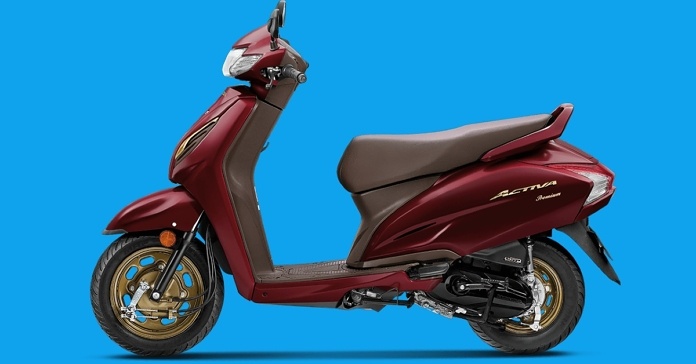 The all-electric Activa will offer a top speed of 50kmph.

Honda Motorcycles and Scooter India (HMSI) confirmed that the company plans on launching two electric scooters in India next year. One of the scooters is rumoured to be the all-electric Activa. The announcement came at Honda Activa H-Smart’s launch event. It is also rumoured that the Activa 7G may also be in the works.

Honda ventures into the EV space with its all-electric Activa

So far, the electric scooter segment in India is dominated by Hero and Ola Electric, with both companies putting out a line of EVs in various price brackets. Honda enjoys a majority of the market share in the ICE scooter segment, which is why many found it surprising that it wouldn’t want to replicate the same success in the electric category.

However, the wait is now finally over. The company announced at Honda Activa H-Smart’s launch even that it has two EVs in the works with the launch scheduled for March 2024. The first EV to be launched will come with a non-swappable battery and will offer a maximum speed of 50 kmph. This EV is rumoured to be the all-electric Activa and it will likely be based on the scooter’s existing platform with a new electric powertrain.

Honda also announced that it is currently working on localising the production of its electric offerings, down to the battery pack. Honda currently has an existing electric scooter portfolio for overseas markets (like China) but the company is focusing on making India-centric scooters. The automaker is also planning to invest in EV production in India and plans to carry out the manufacturing of ICE and electric scooters within the same plant.