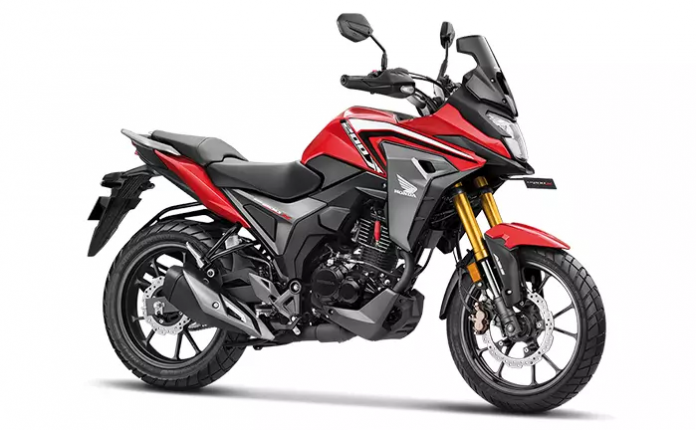 Honda CBX200 bike launched in India: Here is what you need to know

All about the new adventure bike from Honda.

Honda is one of the biggest Japanese two-wheeler manufacturing companies. Honda has ruled India’s two-wheeler market for a long time. Indians know if they hear honda it’s all about reliability and refinement. The company has released a bike to fill that empty space in the adventure bike segment. With the release of CBX 200, adventure riders are excited. Here is all we know about the company’s new release.

Honda has put a price tag of Rs 1,44,500 (ex-showroom) India. The bike looks premium and feature rich as compared to its direct rival Hero Xpulse series. Customers can pre-book CBX 200 directly from Honda’s website. They can also visit the nearest Honda dealer and get their vehicle booked easily.

The CBX 200 looks more like an adventure ready version of CB Hornet 2.0. CBX 200 shares a lot of components with its sister as well. Sharp LED headlights and turn indicators make it look modern. CBX 200 is ready to go on an adventure with features like dual purpose tires, engine guard, tall windscreen, upright handlebars for stability during offroading and knuckle guard. Honda ensured comfort and safety with the bike too. The motorcycle comes with golden upside front forks and monoshock suspension at the rear. The bike has a split seat with ample room for the second rider. Over that, it is packed with Dual-channel ABS as standard with disk brake setup both in front and rear. CBX 200 comes with a digital instrument cluster whose readability is good even in direct sunlight.

Read Also: Mahindra XUV 700 Vs Tata Safari: Which one to pick?

Talking about the performance of the motorcycle it comes with the same powerful yet reliable 184.8cc engine as found on the Honda Hornet 2.0. It is a 5-speed transmission gearbox that produces 17.3 PS of maximum power at 8,500 Rpm and 16.1 Nm of peak torque at 6,000 Rpm.

If you ask us, Honda needs to focus more on giving tons of features in their two wheelers with an affordable price tag. This will not only attract new customers but also fetch loyal old customers. With the launch of CBX 200, it seems the company is working on this strategy. The bike not only looks premium but packs a lot of features as well, with an affordable price tag.

Vipul Chandwanihttps://www.motorbridge.com/
Previous article
Best websites and apps to sell your old car on
Next article
Looking to buy an electric scooter? Here are the top five electric scooters to look out for