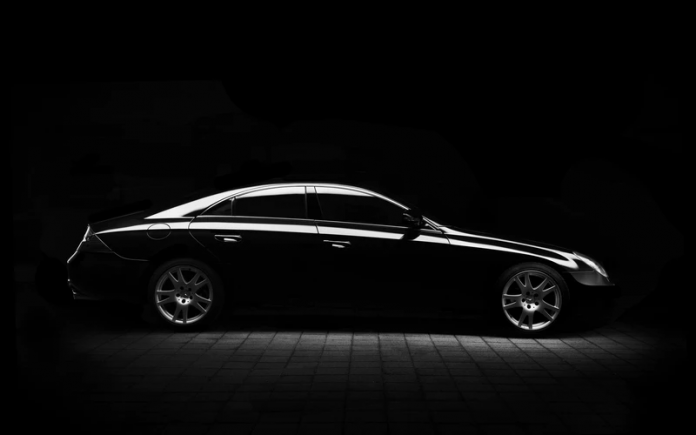 New and upcoming cars in the next few months in India

With this year almost coming to an end, here are a few of the upcoming cars you will soon see in India.

With the increase in competition, every car manufacturer is in a race to manufacture more and more cars to increase its sales. Few cars got delayed due to the pandemic, although car manufacturers are trying their best. Below is the list of upcoming cars, which we have come to know will soon stride into the Indian market. 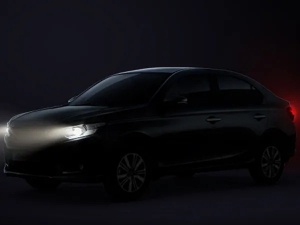 The leaks of the new honda amaze were in the market much before its launch. Honda is prepared to offer its facelift to consumers. Honda dealers across India already received the facelift honda amaze and the booking had started earlier this month.

There is a new LED headlight to offer with a touch of LED in fog lamps as well. The front bumpers have been updated with a 3 grill design and an extra dash of chrome. From the side profile, we can see updated alloy wheels, which look better than the previous version. There is more chrome added in the rear profile as well.

Under the hood, there is no change consisting of the same 1.2 litre iVTEC petrol or 1.5 litre iDTEC diesel engine. Both the engines are available in 6 speed manual and CVT automatic gearbox.

Interiors have been updated with new fabrics and a revised dashboard. A new and updated touch screen infotainment system that supports Android Auto and Apple carplay is also part of the package. The rest of the features remain the same. The company is also bringing the new Amaze with fresh colours with an expected price tag starting at Rs 6.50 lakh ex-showroom India launching on 18 August. 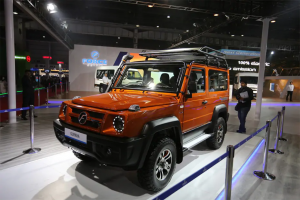 Force Motors showcased its new Gurkha at the Delhi Auto expo in 2020. At first look, the car looks stunning and is a direct competitor to Mahindra Thar. Although It looks more like a compact SUV, the Force Gurkha is adventure ready. With the new images leaked online, the company has made the exact same vehicle. It follows the same body colour and design as showcased in the auto expo. A rear door mounted wheel, new alloy, vertically stacked taillights and rear reflectors including a full LED light system. The new Gurkha is BS-IV compliant and looks modern.

In the interior, we can see the new infotainment system, which is a touch screen panel, all black dashboard, power windows and three spoke steering wheel.

The Car is available with only one engine option of a 2.6-litre diesel motor powering 89bhp to all four wheels. It is expected to launch by the end of August with a price tag starting from Rs 10 lakhs. 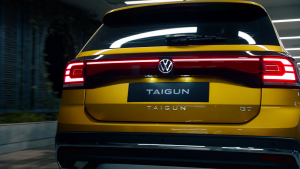 With India’s SUV market at its peak, Volkswagen also showcased its mini SUV Taigun in auto expo 2020. It is available in 2 engine options 1.0 Liter TSi, which is a 3 cylinder 999cc engine. It produces 115bhp/175 nM torque paired with either a 6-speed manual or six-speed torque converter automatic. On the other hand, the more powerful 1-5 Liter TSI 1,498cc petrol engine produces 150Bhp and 250Nm torque. It can be paired with either a 6-speed manual or a seven-speed DSG automatic.

Safe features like ESC, hill hold control and 6 airbags paired with other regular safety features are part of the package.

With all LED design in exterior and futuristic looks, Taigun can be a game changer for Volkswagen. 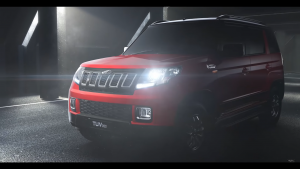 With multiple leaks by now, TUV 300 plus is going to launch soon. It looks like Mahindra has just extended the chassis of TUV300 and made a plus version of it. It produces 120Ps and 280Nm from its 2.2 Liter Diesel engine.

Although we can see some interior changes with a 7-inch touch screen unit and silver accent dashboard, the new features of the car are unknown. Let us wait and see what Mahindra will offer with this new SUV. The TUV 300 plus is expected to be priced at Rs 9.92 lakh and might launch in September 2021. 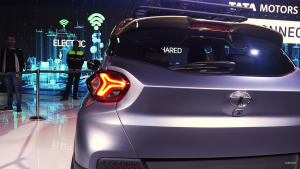 Tata HBX already got a little delayed, but the company is finally planning to release this car in the month of September 2021. Very little is known about this car regarding its engine specs but the design body looks inspired by Nexon and harrier.

The HRX code named hornbill will sit under its elder sibling TATA Nexon. It seems like a specked down version of Nexon with hints of Harrier’s light design. By the way, it was presented in the Auto Expo it felt like it is made for adventure riding.

The interior looks the same as of Tata Altroz and HRX is expected to be powered by the same 3 cylinder Revotron engine as well.

Tata is one of the biggest Indian Car manufacturing companies and has never disappointed its customers, let’s wait and see what they have to offer. 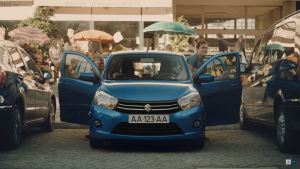 Recently the new Celerio facelift has been spotted in the market. It looks nowhere near to its current-gen with major improvements in exterior as well as interior. The exterior has been redesigned and looks modern. In the interior, it’s expected to be packed with Maruti Suzuki’s new 7-inch touch screen infotainment system with the support for Android Auto and Apple car play. Other standard features like remote lock ABS, Electrically adjustable ORVM etc are constant.

It is expected to launch with the same 1.0 Liter Petrol engine producing 68ps. Celerio will be available in both manual and automatic transmission and will be a good entry-level car. 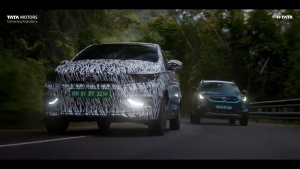 TATA can see the future and is going full EV withTigor EV just a turn away from its launch. The new Tigor EV is expected to give 250 km on a single charge. It will be powered by the company’s new Ziptron powertrain. It’s not known if the company will swap Nexon’s EV engine, which will result in more power. There is a Battery upgrade with a bigger 30.2kWh with support for fast charging. We do feel the premium price tag is likely to increase. 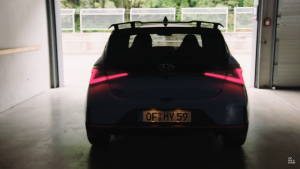 Hyundai i20 is a popular car among consumers. As we know the N series is the sports version of the car offered by the company. Hyundai announced there will be an N version of i20 in India, which will sit on the top of the model chain. The same 1.0-litre engine will be tweaked to produce 120Hp with newer suspension settings to make the drive sportier. Not only this, there will be cosmetic changes like side skirts, spoilers and exhaust to give it a much more aggressive look as well.

It was also rumoured that the company may introduce a limited supply of full-blown i20 N, which produces a whopping 240Hp, to check if the consumers are willing to buy them or not.

This is the list of upcoming cars that are going to launch anytime soon. The motor bridge as always will keep you connected with the latest updates over these cars and much more.

Vipul Chandwanihttps://www.motorbridge.com/
Previous article
Ola S1 and Ola S1 Pro electric scooter launched in India: Here is everything about the new vehicles
Next article
Mahindra XUV 700 Vs Tata Safari: Which one to pick?