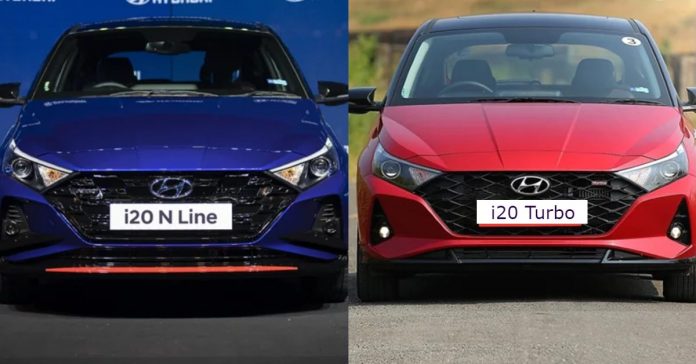 Is it worth paying extra over i20 Turbo for i20 N-Line: A detailed comparison

After the release of the Hyundai i20 N-lineup the specs came close to the i20 Turbo, So is it worth buying?

Hyundai has offered its premium hatchback to India in 2014 and is still pushing to bring changes so it remains and competes with other brands and gives them tough competition. Recently the company announced its N-Line in India with its i20 N-Line. It really made car enthusiasts excited. Now the question arises should you buy a regular top model i20 Asta turbo or pay a premium to get the N-line. Here is a detailed comparison to sort out these questions.

Both the cars will share the same engine that is a 1.0-litre direct injection turbo petrol engine with 3 cylinders. Talking about the power figures, the engine produces a maximum 120Hp which is greater than some of the compact SUVs in the market with a peak torque of 172 Nm. There will be some changes in the suspension in the case of the i20 N Line. The suspension will be tuned stiffer so that the car feels race-ready and responds that way. Also, there will be a change in the exhaust note to give it a good grunt. Both the cars will offer either a 6-speed clutchless manual or a 7-speed quick-shifting DCT gearbox.

Essentially there won’t be any major change in both the cars in comparison to the interior. But, you will very well notice the interior if it’s an N-Line with the badging of the same all over the interior. Which includes the seat covers and maybe on the dashboard as well. The international variant of the i20 N-Line has a three-spoke steering wheel rather than a four spoked version selling in the current turbo variant so we can expect that change as well. 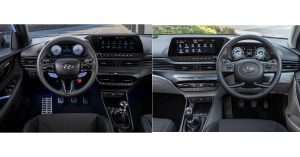 Overall both the cars will look identical just the N-Line will have cosmetic changes like a sportier bumper with a red highlight diffuser, a different design in the front grill, N-line badging instead of Turbo on the front grille as well as red. Updates on the 16-inch alloy wheel as well with the dual-tone finish, sports body cladding, Chrome finished twin exhaust pipe and a roof-mounted rear spoiler. The N-Line up looks like an aggressive track-ready model of the i20 Asta Turbo.

The i20 N-Line up looks really sporty, the question is is it worth paying around 1 lakh premium over the top model of the i20 Turbo which costs Rs 11.40 lakhs. Well, it completely depends on the taste of the consumer performance-wise there won’t be much difference but i20 N-Line will really attract car enthusiasts.