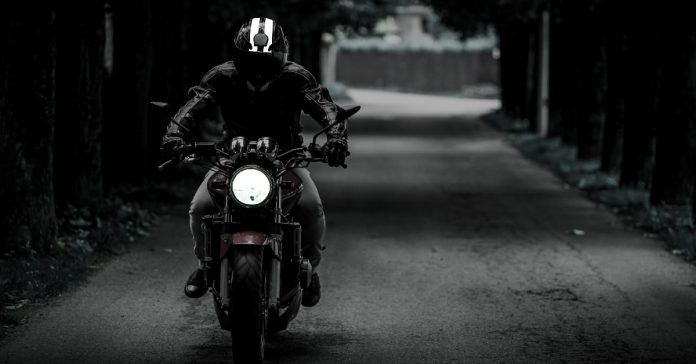 Fastest bikes in the world and their top speed

This list contains the 10 best motorcycles that are built for super speeds and you can buy them today.

These fastest bikes in the world have been fascinated people with their speed. The adrenalin rush that the speed provides has pushed manufacturers to build some of the fastest machines on the planet.

The fire of becoming the best in the world is still burning strong inside the manufacturers. This is surely helping them to push the boundaries of engineering and breaking the speedometer. This list contains the top 10 fastest bikes in the world and their top speed, all of them road legal. 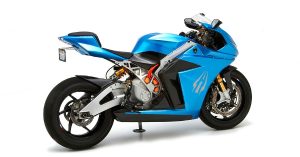 Electric has been proved to be the feature even for the motorsport segment. The instant power that an electric motor offers cannot be compared with any road legal combustion engine. The LS-218 is powered by a 380V electric motor coupled to battery packs of 12, 15, or 20 kWh, depending on power and range. The highest configuration puts out 200 hp and 227.8 Nm of torque. The bike can achieve 0-100 kmph in just 2.2 seconds and the top speed of the bike is 353.46 kmph. The bike is retailed at $38,888 (Rs 35 lakhs approx). 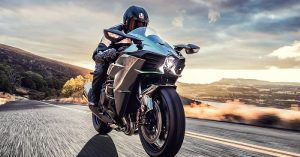 Kawasaki broke all the records by introducing Ninja H2 back in 2015 and the bike is still running strong. The bike is powered by a supercharged inline-4 motor that pushes the bike and envelopes the power. The bike continued to perform the same with a  998cc supercharged unit that churns out 228 hp and 142.23 Nm of peak torque. 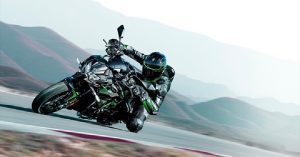 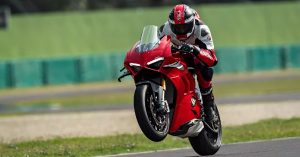 Ducati is famous for making some gorgeous machines in its iconic red shade. Not only are they gorgeous, but these superbikes are also getting faster and faster. The recent addition by the company is Pagani V4R. It is like a race bike for roads.

The bike has carbon goodies attached to it to make it lighter. Pagani V4R is powered by Desmosedici Stradale R 998 cc. Inline-4 churns out a 221hp in stock configuration setup. The bike produces 234 hp with the Akrapovic full-racing exhaust which the company offers as an accessory. 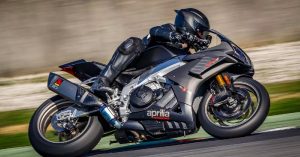 Aprilia used to manufacture bicycles after World War 2. No one expected Aprilia to manufacture some of the fastest and sophisticated motorcycles. The Italian bike manufacturer now even actively participates in motorcycle sports. The Aprilia RS4V 1100 factory is the absolute best by the company with an impressive power to weight ratio. 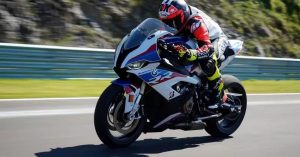 The bike was first launched in 2009 and has been receiving updates ever since like loads of electronic and assist features. The 2021 BMW S1000RR is powered by an oil-cooled inline-4 motor that churns out a whopping 205 hp and 112.5 Nm of torque. 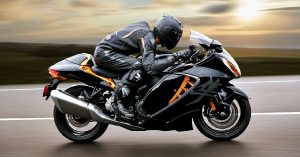 The famous Suzuki Hayabusa was first launched in 1999 and shook the world with its big 1299cc engine. At that time it was one of the fastest motorcycles reaching the top speed of 300 kmph. Company recently updated the beast with new looks and a bigger 1340cc inline-4 motor that produces 188 hp and 149.1 Nm. 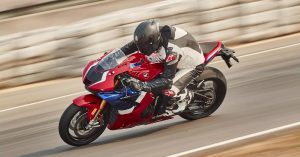 One of the famous Japanese automakers that makes reliable engines and focuses completely on precise engineering. The Honda CBR1000RR-R Fireblade SP is powered by a 999cc liquid-cooled inline-4 motor that churns out 215 hp and 122.5 Nm of peak torque.

The unadulterated power machine is paired with a 6 speed manual with a bi-directional quick shifter. This Honda is fast and can do 0-100 kmph in 2.9 seconds. The top speed of the bike is restricted to 299 kmph and is priced at  $28,500 (Rs 32.6 Lakhs ex-showroom, India). 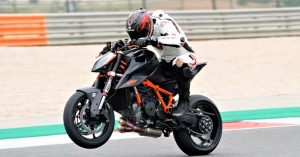 Known as the wheelie machine. The KTM 1290 Super Duke R is the top of the line bike which the company sells. The bike is a grumpy hypersport naked bike. It is powered by a unique 1301 cc, 75-degree V-twin motor that puts out 180 hp max power and 139.6 Nm torque. The bike is relatively light, weighing 209.5 Kg. 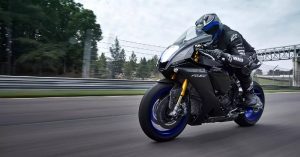 The bike which is a beast on both the track as well as on-road. The reason why is that it is one of the best as it packs more power and weighs less. The company has fitted a lot of carbon-fibre body parts on the body to make it quick and light.

Vipul Chandwanihttps://www.motorbridge.com/
Previous article
Volkswagen Taigun launched in India starting at Rs 10,49,900
Next article
Fastest cars in the world and their top speeds