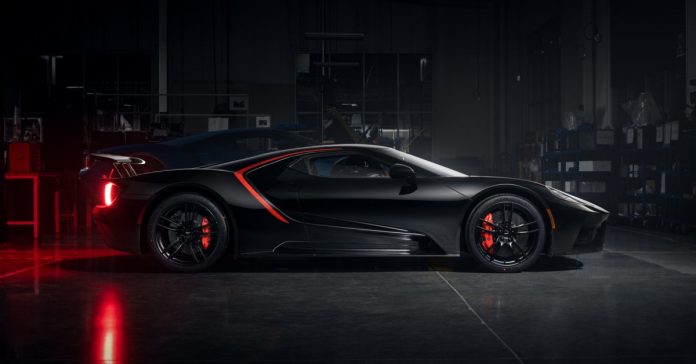 Fastest cars in the world and their top speeds

Love the adrenaline rush? Here are some fastest road-legal cars.

Hypercars are high rev power plants extending their limits of speed. To make the fastest cars in the world, manufacturers across the globe have been trying their level best. Cars have become lighter, sleeker, and more powerful over the years.

One cannot deny the fact that companies are getting successful in providing us with the extreme joy these machines give us. Along with being fast, these hypercars look like a work of art. Here is the list of the fastest cars in the world and their top speed, which are road legal. 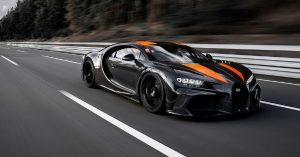 Bugatti is an undisputed speed champion. The throne was taken away by its younger sibling Veron but the company snatched it away with the top speed run of Chiron. As always Chiron supersport is limited to 30 customers. This purpose-built speed broke the record and claimed a speed of 304.773 mph driven by Andy Wallace on VW Group’s Ehra-Lessien test track.

The Chiron is powered by a quad-turbocharged W16 engine producing 1578bhp. The car was paired with a new gearbox having longer ratios, along with optimised front and rear bumpers that were made for high speed runs. 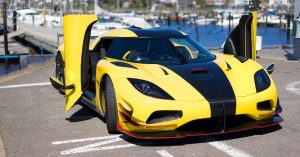 Agera RS broke the top speed record in 2017 when the company used a customer-owned vehicle. The hypercar also broke the record for the highest speed ever recorded on public roads.

This record has been held by a highly modified Mercedes W125 Grand Prix since 1938. As an 80 year progress, the Agera RS being standard with an optional 1MW engine package produces 1360bhp from its 5.0-litre twin-turbo V8. 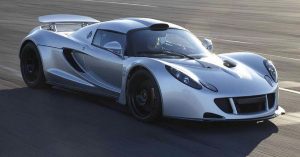 Hennessey Performance Engineering is an American tuning house. Previously it worked with a Dodge Viper and now it broke the record by using a Lotus Exige as its foundation. It stole the record from Bugatti Veron but there was a lot of controversy behind it.

On NASA 3.2-mile space shuttle landing runway at Florida’s Kennedy Space Centre, it recorded a one-way speed of 270.49mph. NASA however wouldn’t let Hennessey attempt an opposite direction run, and so didn’t qualify for an official Guinness World Record.

Read Also: FASTEST BIKES IN THE WORLD AND THEIR TOP SPEED 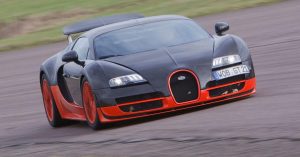 Earlier the SSC snatched the throne from Bugatti Veyron which the company didn’t like at all. Bugatti decided to give the car a substantial overhaul in order to outperform its flagship at that time. The upgrades raised the top speed even further and took the title back from SSC.

The Veyron Super Sport was limited to 30 cars, each producing a boosted output of 1184bhp. With upgraded aerodynamics, the car was able to break the barrier of 250 mph in July 2010 by Pierre Henri Raphanel( Bugatti test driver). 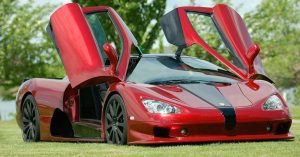 Known as Shelby Supercars, the car was produced by SSC for seven years. It is also known as the Bugatti killer as it took the throne away from the fastest Veyron at that time. 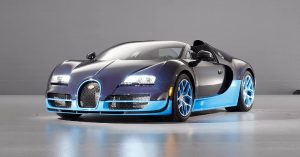 At the time the Veyron was the most expensive and powerful car ever built. But the parent company VW wanted the car to become the best in the world. They decided to power the car with An 8.0-litre quad-turbocharged W16 engine. It produced 987 bhp from the factory powering the four wheels and paired with a seven-speed automatic gearbox.

To touch the top speed a special key was required. It retracts the rear spoiler, shuts the front air diffuser and lowers the ground clearance to just 6.5cm. Due to which the car performed a record-breaking run of 253.8mph at VW’s Ehra-Lessien test facility. 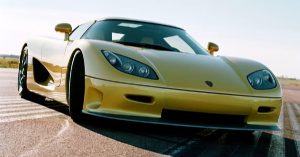 The car trashed the top speed of F1 at Italy’s Nardo Ring test track in February 2005. It was the second-ever produced model by the company. Powering this hypercar was a 4.7-litre twin-supercharged V8 to produce north of 800bhp and urge it to beat McLaren by a single mile per hour. The throne was taken over by Bugatti in just 2 months. 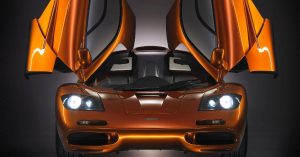 Set the record byAndy Wallace at Volkswagen’s Ehra-Lessien test track. The British supercar set a record of an astonishing 221mph back in 1998 which was breathtaking back then. It was among a few cars with a steering wheel located in the middle of the car. The car held the crown for 15 straight years. Powering the car was a 6.1-litre naturally aspirated V12 and had a rev limiter of 8,300rpm.

Vipul Chandwanihttps://www.motorbridge.com/
Previous article
Fastest bikes in the world and their top speed
Next article
Toyota Fortuner to launch on 8th October with the new top variant