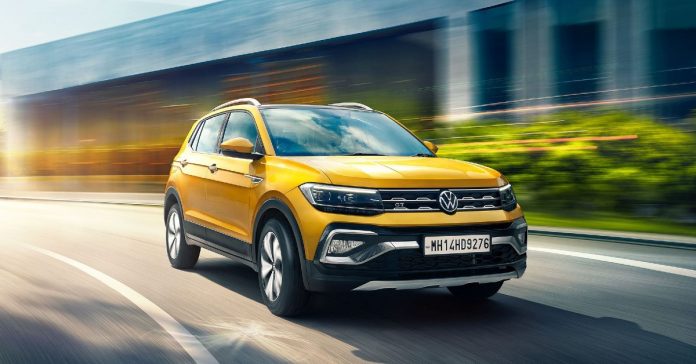 To compete against other small SUVs in India, VW has released its new Taigun in that segment

Volkswagen recently announced its India 2.0 program and under that the first launch is Its very first mini SUV Taigun. It has been developed on the same MQB A0 IN platform as the Skoda Kushaq.

It is specially designed for buyers in India and comes in with up to 95 percent localised pieces of equipment. Volkswagen aims to become the most premium aspirational car brand in India. Here is everything we know about the new offering by VW.

The company has brought this SUV in 5 variants with manual and automatic options. Taigun 1.0-litre Comfortline starts from Rs 10,49,900 ex-showroom India. The car goes up to Rs 17,49,000 (ex-showroom India) for its top of the line Taigun 1.5-litre GT+. The top GT+ variant is available in automatic only.

The Volkswagen Taigun looks different from any other offering in the market. In the front is a three slat grille holding the large LED headlamps with daytime running LED DRLs. The intake is a honeycombed shape and has a chrome accent. The faux skid plate gives Taigun a muscular look. In the back are two C shaped LED tail lamps joined by a big LED strip and back panel enhancing its overall aesthetics.

The top of the like GT variants also gets some sports accent offered by the company. Being an SUV Taigun measures slightly over 4,000mm and has a large boot space of 385 litres.

In a typical Volkswagen fashion, Taigun interior will sport an electric sunroof, 10-inch touchscreen infotainment system with the support of Apple Carplay and Android Auto, digital instrument cluster, 6 speaker sound system, ventilated front seats and a multi-function steering wheel. The car will also get the My Volkswagen Connect app for some connected features such as driving behaviour, live tracking, and more. 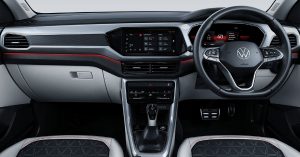 The Volkswagen Taigun will come with two engine options. The first will be a 1.5-litre TSI that will generate 150 hp power and 250 Nm of peak torque. This engine option will be paired with either a 6-speed manual or a 7 speed DSG.

The other option that the company offers to its customers is a 1.0-litre TSI engine. This engine produces 115 hp power and 178 Nm of peak torque. It is mated to either a 6 manual gearbox and 6 speed automatic. The SUV will not be available in a diesel variant.

The Taigun is bold and dynamic which perfectly matches the requirements of Indian roads. With German engineering paired with a localisation level of up to 95 percent will surely please a lot of Indian customers. The SUV will lock horns with Hyundai Creta, Skoda Kushaq, Kia Seltos, and the upcoming MG Astor.

Vipul Chandwanihttps://www.motorbridge.com/
Previous articleTVS Raider vs Bajaj Pulsar NS125 vs Bajaj Pulsar 125: Which one to choose?
Next articleFastest bikes in the world and their top speed