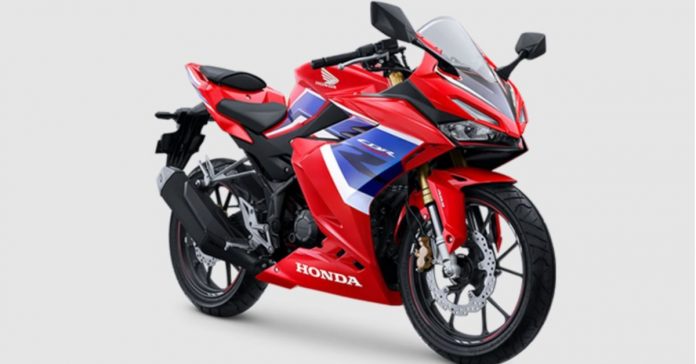 After being first launched in the Indonesian market, Honda has made a Debut in Malaysia with few updates to the bike. Here is everything we know.

Honda has finally launched its updated version of CBR150R in Malaysia and it directly competes with its rival Yamaha YZF R15. The bike is launched at the price tag of RM 12,499 which converts to Rs 2.21 lakh INR. The updated version of CBR went on sale in Indonesia in January earlier this year. With the latest update, we can see a fully-faired motorcycle with tons of updates over its predecessor. The bike looks similar to CBR250R both in terms of styling and specification.

Starting with its design, CBR150R could be mistaken for the larger sibling CBR250R at first glance. It gets a similar set of dual-beam LED headlights giving it an aggressive look. Above the sharp front fairings houses a muscular fuel tank. The rear holds a sharp tail section similar to CBR250R.

Other styling highlights include a split-style seat with a raised tail section, upswept exhaust, exposed rear subframe, arrow-shaped split tail lamps and a clip-on handlebar giving the bike an aggressive look than its predecessor. The latest CBR will be available in 2 colour options namely Matte Charcoal Grey Metallic and Candy Scintillate Red.

The bike consists of upside-down golden Showa telescopic forks at the front and a preload-adjustable mono-shock at the rear. Talking about the braking, it comes with a disk brake system at the front as well as rear, combining them with a dual-channel ABS system as standard. CBR150R is paired with a fully digital LCD instrument console that reads out information like the gear position indicator and fuel along with RPM and speed of the bike. 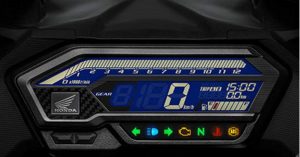 Powering the updated CBR150R is the same 149 cc liquid-cooled single-cylinder DOHC engine which delivers a slightly less output. The Indonesian-spec CBR150R produces 15.09 bhp at 9,000 rpm and a peak torque of 13.0 Nm at 7,000 rpm which is 1 bhp and 0.7 Nm less than the Malaysian-spec model. Honda has equipped CBR150R with its PGM-Fi fuel-injection system and eSP technology. The engine is paired with a 6-speed gearbox with slipper and assist clutch which reduces down lever effort by 15% claimed by the company.

Honda is releasing its new bikes all over the world. However, it’s highly doubtful that the bike will be released in Indian markets. The company should release its new sport segment bikes in India as well, as the Honda fanboys are eagerly waiting for long for what the company has to offer its customers in India.