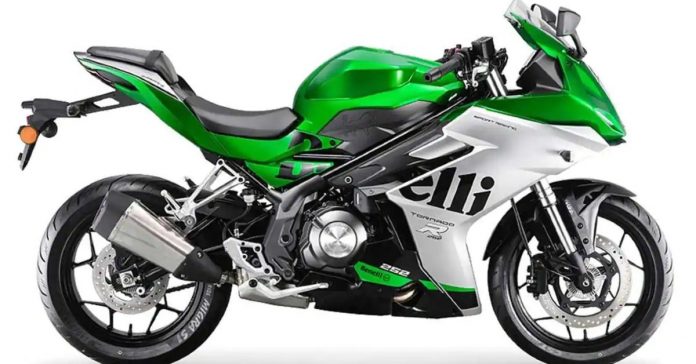 Qianjiang group has owned Benelli for quite a time now. The company is pushing and aggressively updating all the bikes under Benelli in China. Benelli has already updated its Tornado 302R recently. Now the company has launched a more affordable option for its consumers. Here is the list of details we know about the new offering.

The Benelli 252R looks a lot inspired by its elder sibling 302R. It features the same vertically stacked LED headlight, slim fairing and even the revised, sharper tail section. However, despite the looks, the bike follows the same green and silver colour combination of the original supersport Tornado 900.

The Tornado 252R gets a 37mm USD fork and a mono-shock at the rear, which are non-adjustable unlike the preload-adjustable units on the updated 302R. The bike gets a single disk on both front and rear wheels, with the offering of dual-channel ABS as standard by the company for safety.

The front of the bike holds the new Instrument cluster which the company has updated recently. It allows Bluetooth connectivity from your smartphone directly to the instrument cluster showing details like call information. The bike is no different from its sibling in terms of weight. The Tornado scales at 177Kg, which is just 4Kg lighter than the new 302R. With a seat height of just 785mm, it is ideal for short riders as well. 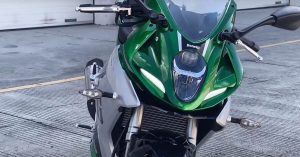 Benelli powered the Tornado 252R with a 249cc liquid-cooled parallel-twin motor producing 26PS at 8,500rpm and 24.1Nm at 6,500rpm. The engine has a six-speed gearbox that supports a slipper clutch. The power figures don’t seem right for a twin-cylinder motorcycle. Compared with these rivals KTM RC 200 produces a little more power than Tornado 252R with just a single-cylinder and the same case goes with Suzuki SF 250 as well. Maybe this time Benelli has planned to go nimble with this bike rather than be aggressive in terms of performance. The company is known for making engines that sound pleasing to any rider’s ears and the 252R is no different.

In China, the Benelli 252R has been priced at CNY 25,800 or roughly Rs 2.93 lakh. Though it’s very unlikely that the company will bring this motorcycle to Indian markets,  we might expect to get the updated version of the old Tornado 302R.