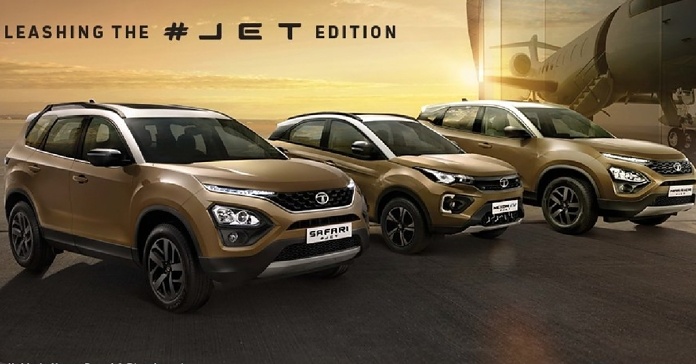 Tata Safari, Nexon, and Harrier get Jet Editions added to their lineup.

Tata Motors has added a new Jet Edition lineup for Tata Safari, Nexon, and Harrier. Earlier, Tata had launched the ‘Kaziranga’ and ‘Dark‘ editions for its line of SUVs, and the Jet Edition will come with special features of its own. Prices for the Jet Edition start at Rs 12.13 lakh for Nexon and go all the way up to Rs 21.35 lakh for Safari. 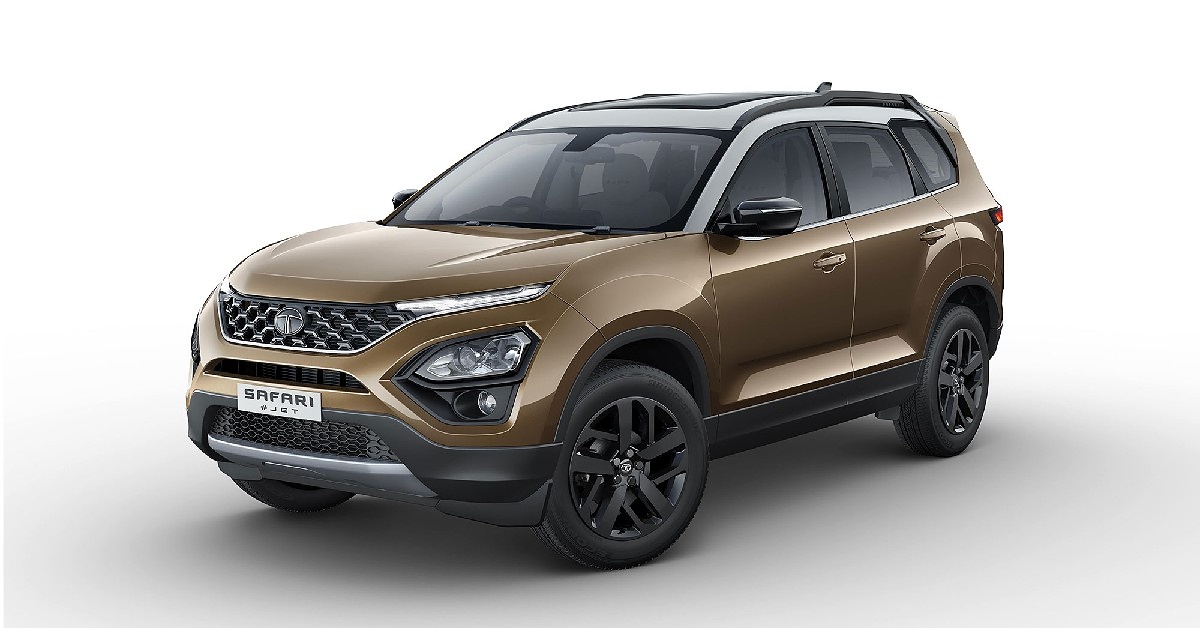 Similar to the Kaziranga edition, the main differentiating factor for the Jet edition is the paint scheme. The Jet Edition will be made available in a ‘starlight’ colour theme, with a dual-tone combination of a bronze body and platinum silver roof. The SUVs will also receive black alloys and silver skid plates at the front and rear. The interiors will get a dual-tone oyster white and granite black finish. The instrument panel and door handles will also receive new highlights, elevating the look of the interiors. The ‘Jet’ embroidery will also be present on the headrests and upholstery. 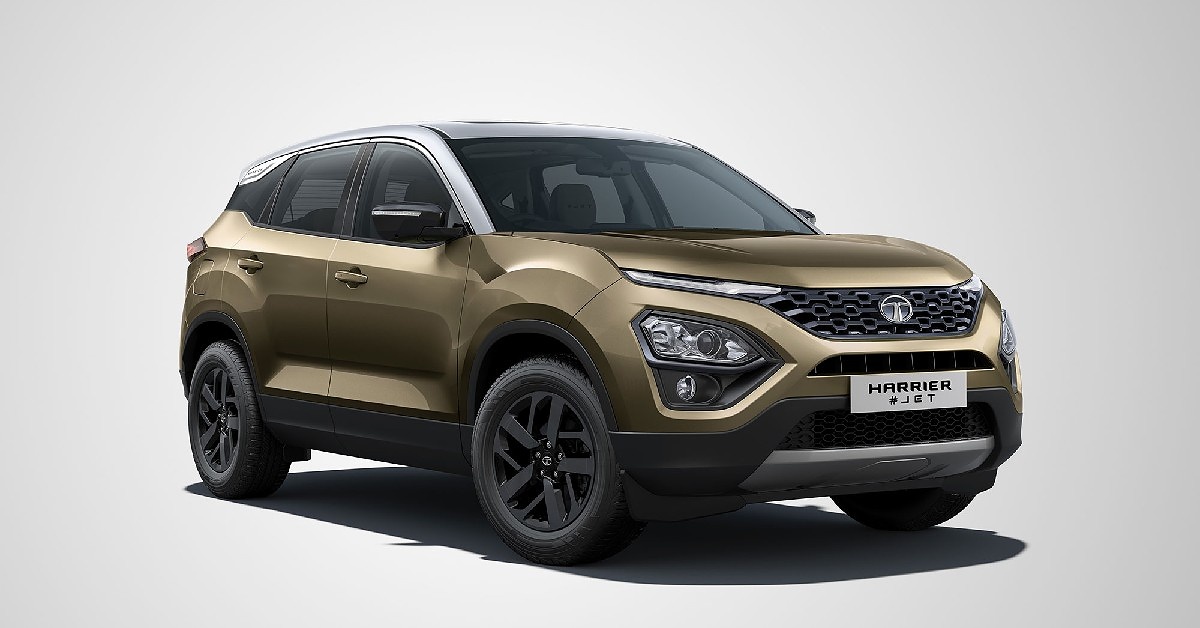 The Jet Edition will also equip the Safari and Harrier with updated safety features. Both SUVs will now come with a driver drowsiness alert, panic brake alert, and after-impact braking. On top of that, both SUVs will also get Type-C USB charging in all rows, new headrests (Safari), and electronic parking brake and disc brakes on all four wheels (Harrier).

Tata Nexon Jet Edition will not receive any of the above-mentioned upgrades, but will now come with wireless charging. 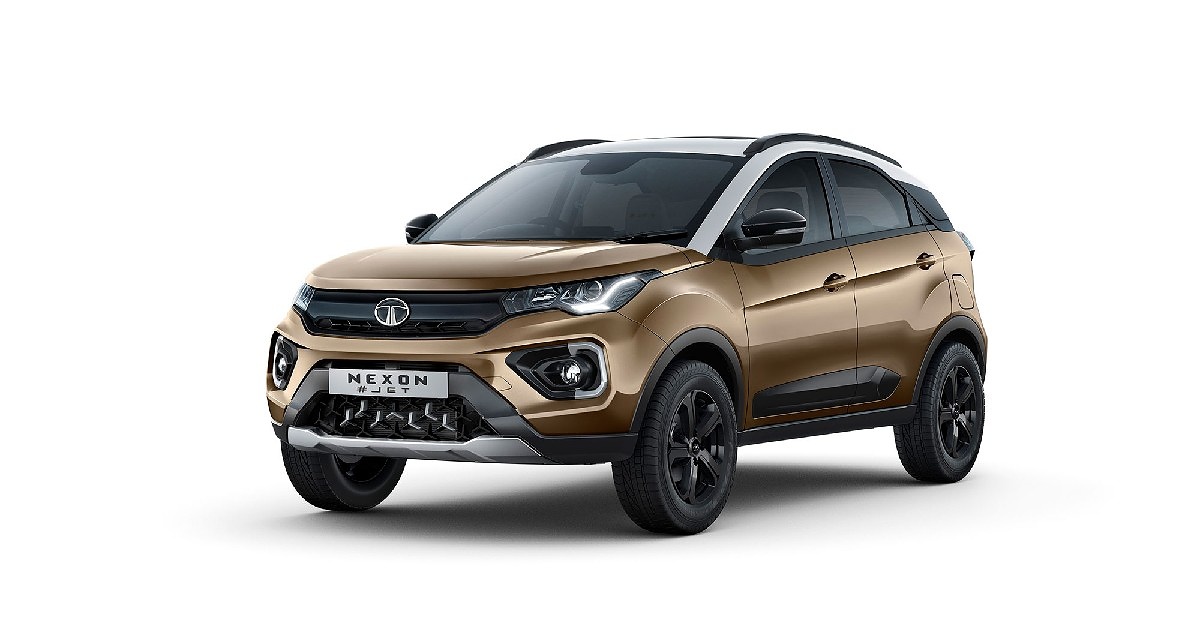 Under the hood, the Jet Editions will carry forward the same engine as their respective models. Tata Nexon will come with the 120hp 1.2-litre turbo-petrol engine and the 110hp 1.5-litre diesel engine. Both engine variants are offered with a 6-speed manual or AMT.

Tata Harrier and Safari will also retain the 170hp 2.0-litre diesel engine that is offered with an option of 6-speed manual or automatic transmission.

The price list for Jet Edition is as follows

Tata has not announced the Jet Edition for Nexon EV and Punch. Nexon EV has a Dark Editon on its lineup while Tata Punch can be bought in the Kaziranga Edition. For further information, buyers can consult their local Tata dealership or log on to the Tata Motors website.