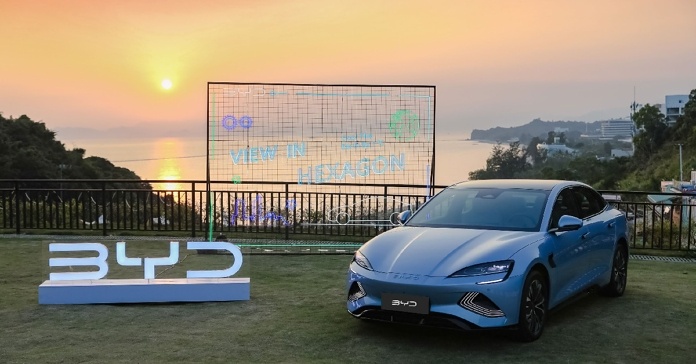 Chinese automaker BYD (Build Your Dreams) will be showcasing BYD Seal EV, Atto 3, and e6 at Auto Expo next week. This is the first time BYD is bringing the Seal EV to India, but the automaker has made no announcement about the launch of the electric sedan in the country. Overseas, the Seal EV is a direct rival to Tesla’s Model 3.

BYD Seal EV: Everything you need to know

The design of BYD Seal is inspired by the brand’s Ocean X concept which was revealed in 2021. Like BYD Dolphin, the Seal EV is also named in alignment with the ‘Ocean’ theme. The electric sedan stands at dimensions of 4,800mm x 1,875mm x 1,460mm, with a wheelbase of 2,920mm. The Seal EV is visibly longer and taller than the Model 3. 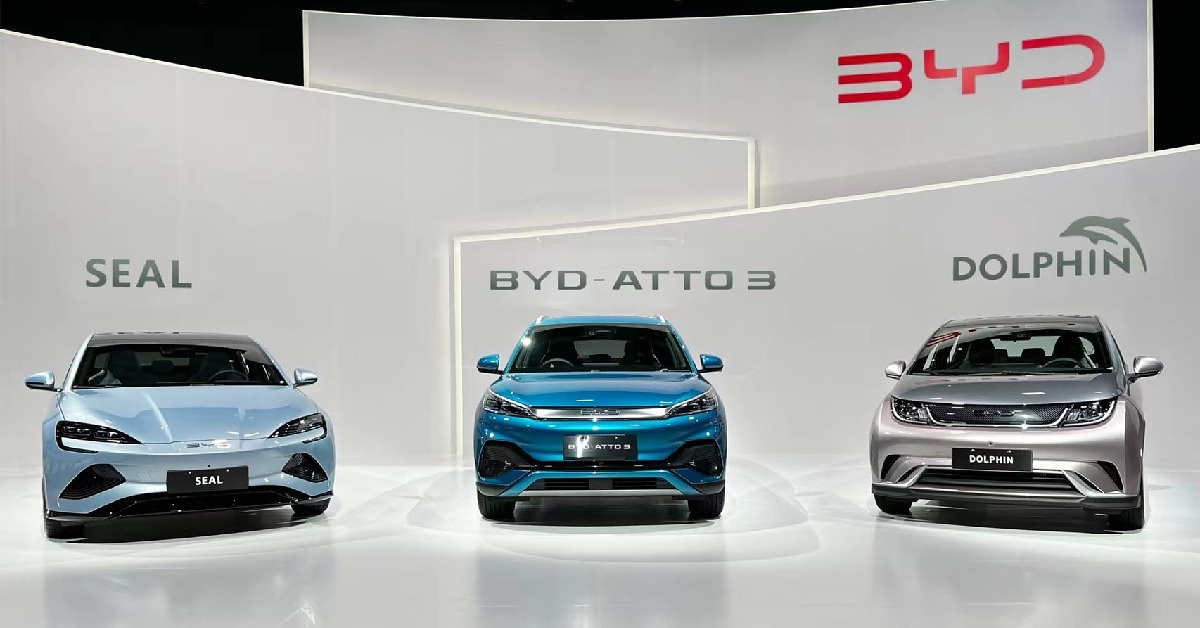 At the front, the Seal EV gets a split headlamp design along with 4 boomerang-shaped LED DRLs. The coupe-like frame features a glass top and flush door handles. At the back, the sedan gets a LED light bar that spans the entire width of the vehicle.

Inside, the BYD Seal EV gets a rotating 15.6-inch touchscreen infotainment display, similar to the one on Atto 3 and e6. It also gets a 10.25-inch digital instrument cluster. The AC vents have been housed around the infotainment display. The central console also features a scroll wheel to adjust the drive modes, as well as two wireless charging pads and additional controls.

The e6 was launched last year and offers a driving range of up to 520km using a 71.7kWh battery pack. The recently launched BYD Atto 3 gets a 60.48 kWh battery pack that offers a claimed range of 521 km. The electric motor on the EV can generate a peak power output of 200hp and 310Nm peak torque.

Utkarsh Joshihttps://www.motorbridge.com/
Previous article
7-seater Kia Sorento SUV to get an AutoExpo showcase
Next article
Tata Motors announces discounts of up to Rs 35,000 on Tata Safari, Harrier, and more