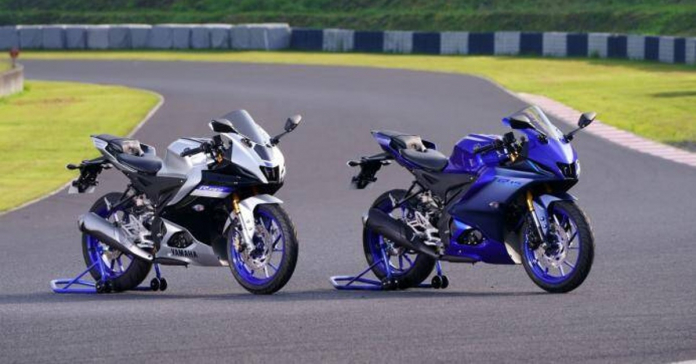 New R15S, a cheaper version of V4 is expected to come anytime soon.

The company registered a new name for a bike. Yamaha R15S is a known name that we had seen in V2 also which was the same bike with lesser advanced features and cut down cost. And yet again the company registered a name R15S. We can easily guess that there will be a lighter version of the R15 V4. Recently the company updated the R15 V4 and the price of the bike got a hike of Rs 10,000-20,000. It is possible that the company is planning for this new R15S to remain accessible to a larger user base.

The R15S is likely to be an affordable version of the full-fledged R15 V4. Some advanced features will be cut down to reduce the cost of the bike and make it accessible for people with a fixed budget. We can also say that it will be the V3 from inside and V4 from design and looks. The idea behind the S variant used in V2 was to push out a cheaper product than the standard variant to fulfil the budget and needs of the users.

What if someone wants just the newer variant of R14 without the advanced feature and are on a tight budget? The new R15S will be ideal for them. R15 is a performance-oriented sports bike that appeals to a lot of college-going students and beginner riders. Usually, this crowd sits on the table with a limited and tight budget. A cheaper variant of the popular sports bike will be a good option to choose from. 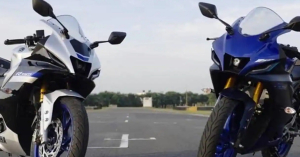 Read Also: THE NEW 2022 CRETA FACELIFT WAS TASED BY HYUNDAI ON THEIR SOCIALS

The anticipated bike will look identical to the R15 V4 which includes the new revamp including USD forks, new colour options, graphics and other cosmetic enhancements. To reduce the cost of the bike the company will eliminate exotic features like quick-shifter, traction control and a new instrument cluster that shows the information of speed RPM, gear position and smart connectivity features.

The engine will be shared with the R15 V4 standard. The powerhouse is a 155cc, SOHC, liquid-cooled, 4-valve motor. It is capable of churning 18.4 ps of max power at 10,000 rpm and 14.2 Nm of peak torque at 7,500 rpm. It is married to a constant mesh, 6-speed transmission. The launch date has not been confirmed by the company but it is to be revealed soon along with the pricing.