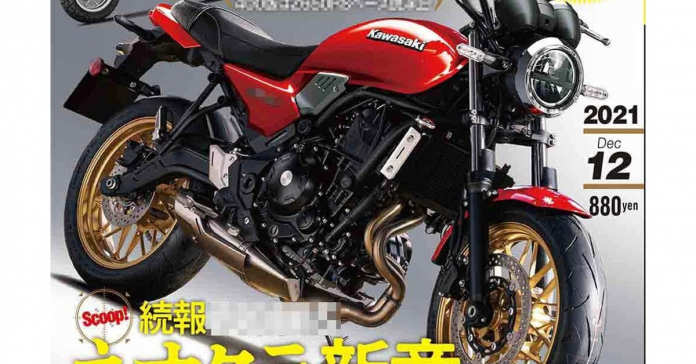 Kawasaki Z400RS can be the next retro bike by the company

A few days ago the company released its retro-styled bike Z650RS. Now news for the Kawasaki Z400RS has surfaced. The bike seems under production by the company. The new Z650RS is priced in India starting at Rs 6.65 ex-showroom, India. The expected launch of the bike is to make its global debut at the upcoming EICMA event. We can see the poster from the International market though there is no word officially from the company regarding this bike yet.

Most of the designing part will be taken from the new Z900RS. Z400 RS will have the same modern retro design. The same can be seen on the Z650RS as well. We can spot the same round headlight with round LED DRL as the rim. rounded classic rearview mirrors and classic styled dual instrument cluster. The tank is styled like a teardrop with a handlebar placed ergonomically. The seat has a flat design to support the retro look paired with the spoked style cast wheel.

The taillight will also be a modern LED styled unit with foot pegs placed centrally. The exhaust will be underbelly as all the siblings. Also sharing will be the blacked-out engine chasing. The chassis of the bike is expected to be made from a lightweight high tensile steel trellis frame. The new frame is easily manoeuvrable and gives better stability at high speeds. For the front suspension, the company used telescopic forks and a monoshock suspension for the rear. Z400RS will achieve its stopping power from 310 mm single disc at the front and 220 mm single disc at the rear, dual-channel ABS will be offered as standard. 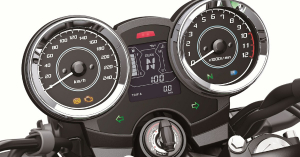 Talking about the engine specification, the bike is expected to follow the DNA of its naked bike here as well. The engine will be shared with Z400 that is powered by a 2-cylinder, liquid-cooled, DOHC motor. The same is capable of producing 47.5 bhp of max power and 38 Nm of peak torque. The same engine is used in Ninja 400 as well. The transmission on duty is 6 speed manual with the slipper clutch and shift assist. For maintaining efficiency the bike will have an economy riding indicator.

When the bike will hit Indian shores is unknown but after seeing the demand for retro bikes in India the company made the right move to provide an affordable variant as well. Usually, the Z naked variants are cheaper than the RS retro models so we can expect the same from Z400RS as well. The expected price of the bike will be around 4.2-4.7 lakhs ex-showroom, India.