After the successful launch of Hero Xpulse 4V in India, the company is all set to launch another motorcycle soon. Though it’s not a completely new one but an updated paint scheme variant of its already popular Xtreme 160R. Hero Motocrop teased this upcoming bike in its official social media handles giving us a quick glimpse of none other than Xtreme 160R. The company is all set to launch the Stealth Edition soon in India.

The tagline ” Go Boom in stealth mode, coming soon” can be seen on their social media handles. The new paint scheme will follow a complete matt black paint finish which will make the already muscular bike look even better. Hero promised an updated model of Xtreme 160R with smartphone connectivity via Bluetooth for the instrument cluster, the stealth edition can be it.

Talkin about the engine specification of the bike. It will run on the same BS6 compliant 163cc, single-cylinder, air-cooled, fuel-injected engine. This motor produces 15.2 PS of power @ 8500 rpm and 14 Nm of peak torque @ 6500 rpm. The engine comes mated to a 5-speed gearbox. The bike gets single-channel ABS as standard with the option for consumers to choose from a disk or a drum brake system for the rear while the disk brake remains constant at the front. 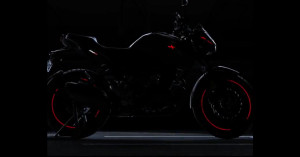 The price for the Stealth edition is expected to be around Rs 10-15 thousand more than the standard variant that retails between Rs 1.11 lakh – Rs 1.16 lakh, ex-showroom India. The direct competition for Xtreme 160R is TVS Apache RTR 160 4V, Suzuki Gixxer, Bajaj Pulsar NS 160 and Honda X-Blade.