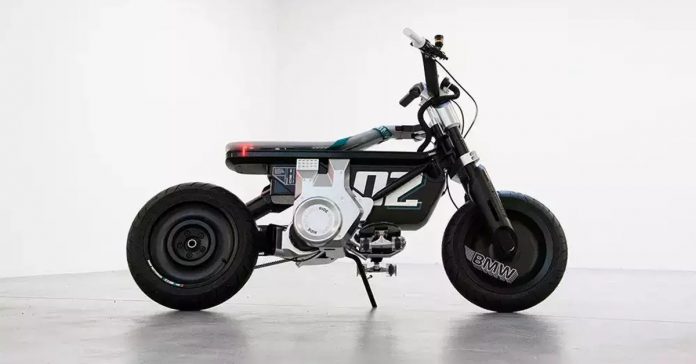 Every company rushing their EVs, BMW has jumped in the queue as well.

As a part of introducing innovative products to their customers for ease in urban mobility, BMW Motorrad has revealed its Vision AMBY concept. The vehicle has benefits and design language of both bicycle and motorbike. With the help of the AMBY concept, the company can introduce a new range of electric two-wheelers. What makes AMBY ahead of other electric bicycles is the hi-tech features it holds, combining it with usability and practicality. Here is everything we know about this new concept vehicle.

With just a quick glance, we can conclude it’s just like a regular bicycle but beneath holds the functionalities of an electric motorcycle. The front of the EV has large dimension front forks covered with thick protectors, which gives it a rugged look and feel. Talking about the Handlebar, it’s placed ergonomically ideal for both casual rides and offroading. The bike has been paired with thick and rugged tyres to enhance its off-roading capabilities. On the back mounts, one can spot the double element LED tailing. Similar to the BMW Enduro motorbike the concept has a sleek seat merging the rising upward frame.

The bike has a range of approx 110 km according to WMTC, which will differ from the three riding modes offered by the company. According to the mode and track, the speed and range of the bike will differ. To detect the track, this EV is equipped with an intelligent system and automatically adjusts speed. For cycling paths the top speed that can be achieved by the bike is 25kmph. Due to its twin productivity, you can also run the vehicle on town roads and multi-lane roads in which it can go up to 45 kmph and 60 kmph respectively. 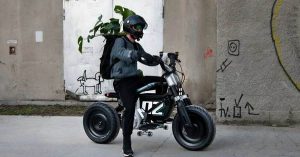 For riding at higher speeds one needs to get a driving plate, insurance licence plate and helmet, same as the required standards as of a motorbike. Along with this company also revealed i-Vision AMBY, which runs on pedals and to get power from the electric drive, one needs to pedal their way. The same is not the case with Vision Amby as it comes with throttle grips for acceleration.

The battery and drive unit is integrated into a compact casing and the bike weighs around 65 KG, making it much lighter than a standard electric two-wheeler. Vision AMBY is also equipped with smartphone connectivity features. This will make the bike futureproof and can be updated with tons of features like ABS, tyre pressure monitoring or proximity warning radar.

With this release, BMW has opened up a lot of options for consumers all over the world. Consumers should be excited about what’s going to come next in the era of electric vehicles taking an uphill journey.