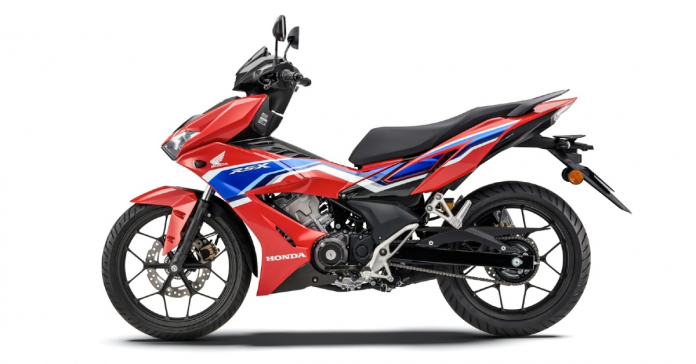 After Yamaha, now Honda has launched its 150cc scooter.

2022 Honda RSX  150cc made a debut in Malaysian markets as the similar underbone styles scooters are quite popular there as well as in Asian markets. The scooter with its looks and engine displacement is a direct competition of Yamaha Aerox 155. The scooter was released in Malaysia starting at RM 8,688 which converts to approx Rs 1.55 lakhs. If launched in India the bike will give a tough competition to Aerox 155. Though an Indian launch is unlikely as the styling taste of scooters in the Indian market is completely different.

Talking about the styling, the RSX follows the sporty and sharp looks of Honda’s motorbikes. The new launch shares the comfort of a scooter and the styling of a bike. In the front, the bike has a pointy frame with sharp dual front headlights. The headlights also hold daytime running LED DRLs. Behind the handlebar cowl, we can see the air intake which cools down the engine naturally. The company made the scooter look sharp and bold.

The paint scheme used in the scooter is similar to the ones used on Honda’s bikes. The treco edition is a blend of blue, red and white. Candy Caribbean Blue Sea showoff blue against black whereas Lemon Ice Yellow combines yellow and black. The Paint scheme is followed from front bumpers to rims enhancing the looks of the scooter. Other features are blacked out engine, sharp turn signals, comfortable seat, split grab rail, upswept exhaust and rearview mirrors. 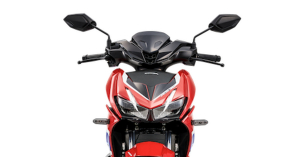 The speedometer used in the scooter is a fully digital unit that shows up a range of information like gear position, rpm, speed, fuel level and more. The riding position of the scooter is comfortable with centrally placed footpegs. In the from the 90/80 17-inch tubeless tyres are used. Talking about the rear same 17-inch unit but a 120/70 unit has been equipped. Braking duties are done by disk brakes in both front and rear with single-channel ABS as standard.

Powering the scooter is a 149.2 cc, liquid-cooled, PGM-FI, DOHC unit. The same is capable of churning out 15.8 hp of max power at 9,000 rpm and 13.6 Nm of peak torque at 7,000 rpm. Like Aerox the scooter is not an automatic transmission, rather the company paired it with a 6-speed multiple wet clutch gearbox. The front suspension is set telescopic and we can spot a monoshock at the rear.