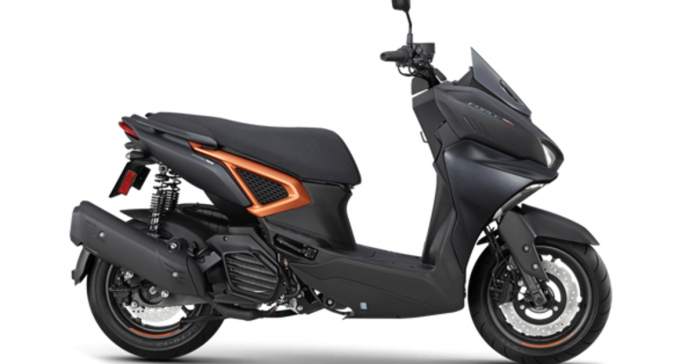 Yamaha launched its new Force 2.0 in Taiwan with a price tag of TWD 99,000 which is roughly estimated to be Rs 2.66 lakh. It is anticipated that the maxi styled scooter will not be launched in India as AYmaha recently released its Aerox 155 with a price tag of Rs 1.29 lakh ex-showroom, India. While Force 2.0 is inspired by Aerox there are significant differences that we can spot especially in terms of styling.

The overall dimensions of the scooter are 1895 x 760 x 1120 mm (L x W x H). The wheel based on the 2.0 version has been reduced by 65mm while the seat height has been increased by 10mm. The Force 2.0 also uses a smaller 13-inch alloy wheel as compared to aerox. The design of the maxi styled scooter is a lot sharper with a title A design on the side panels.

Yamaha is still using a twin headlamp with halogen bulbs. Force 2.0 is now available in 4 colour options. When parallelly comparing Aerox and Force we can see a difference in floorboard as well as seats. A new chassis is used in the updated model which is 27 percent lighter as claimed by the company which makes the kerb weight stand at 130 Kgs. 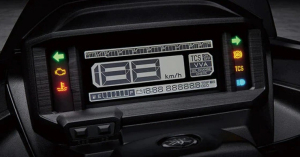 Powering the scooter is the same used in Aerox, which is a 155cc liquid-cooled single-cylinder that is also used in R15 and MT-15. The engine is capable of producing 14.8 bhp at 8,000 rpm and a peak torque of 14 Nm at 6,500rpm. It also uses a V-belt CVT for transmission and is equipped with an electronic fuel injection system (EFI).

There is a noticeable change in the suspension duties that are handled by preload-adjustable shock absorbers at the rear and the same telescopic pairs are used in front. The scooter is equipped with dual-channel ABS with disk brakes on both front and rear.

The instrument cluster has been updated as well with a 5.1-inch LCD panel along with traction control, a silent starter and an external fuel filler cap. There is no Yamaha’s Y-connect feature on this scooter, unlike Aerox.