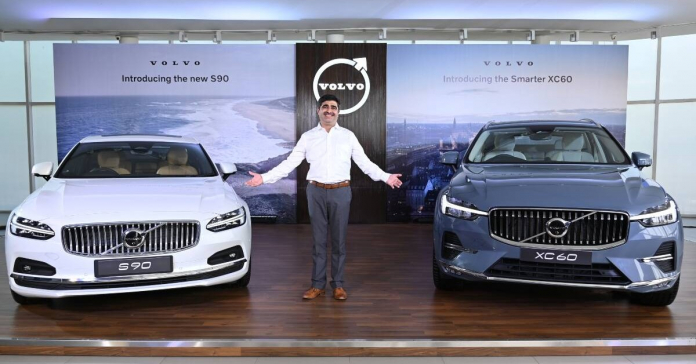 Volvo has launched an SUV and a hybrid sedan in the Indian market.

The much-awaited Volvo XC60 SUV and S90 sedan were launched in India today. Both cars are set with an identical price tag of Rs 61.9 lakhs ex-showroom, India. The company is famous for making some of the safest cars in the world. Adding to that the Volvo also announced a 3 years Volvo Service Package at a price of Rs 75,000+ taxes. This is an introductory cost that will cover wear and tear along with maintenance costs over 3 years.

The updated S90 sedan was first released in the international market back in 2020. Even the XC60 SUV made its debut earlier this year in the global market. The only changes these facelifts have are new powertrains and minor feature tweaks along with some design changes.

The diesel engines by the company have been discontinued and the only engine option available on both the cars is a 1969 cc, 2.0-litres 4 cylinder turbo petrol engine. The same is mated with a 48 V integrated starter generator motor giving the cars mild-hybrid capabilities. The engine can put out 250 hp of maximum power and 350 Nm of peak torque. The XC60 will be equipped with an 8-speed AWD transmission while on the other hand, the S90 will use an FWD one. 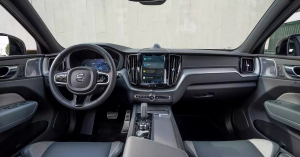 The Volvo S90 now gets redesigned bumpers with sequential turn signals and updated fog lamps. While the SUV, Volvo XC60 has a new grille and bumper making the car look even bolder. Adding to the features now both the cars have Advanced Air Cleaner, which was earlier a china specific feature.

The system is good especially looking at the deteriorating air quality in the country. The system filters the cabin air and displays the quality with other information on the infotainment screen. The infotainment system remains the same with an integrated tablet screen running on Android. The update here is with the browsers and Wilkins audio setup. Volvo also included new wireless chargers with Type -C USB ports for the rear passengers.

Both the cars are available in only one trim i.e Inscription. These new cars are 1 lakh more expensive than the previous generation. The S90 hybrid will lock horns directly with BMW 5 Series, Mercedes Benz E Class, Jaguar XF and Audi A6. While the rivals of XC60 are BMW X3, Audi Q5 and Mercedes Benz GLC.