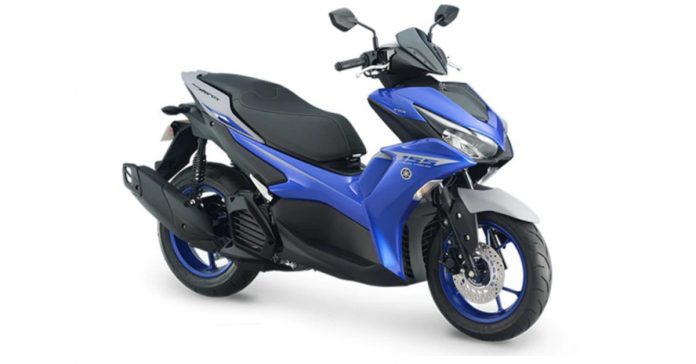 Yamaha to launch its new Aerox 155 scooter in India

After the release of Aerox 155 in the international market, Yamaha is planning to launch it in India soon.

Yamaha, being very successful in the Indian market for its two-wheeler segment has planned to launch its top of the line scooter here. Aerox 155 was released in the International market recently and had a good welcome. The scooter is power-packed and will give a direct competition to Aprilia 160. Here are the details we know about this new scooter.

The scooter looks mostly inspired by the V2 of R15 having a similar headlight structure and paint scheme. The scooter seems heightened with 14-inch alloy wheels with 140/70 section rear tyre and 110/80 section front tyre. The Front tyre is supported with an upside-down telescoping suspension. The scooter packs with 24.5 litres under-seat storage which can easily hold a full-face helmet claimed by the company. Under the seat also has a 5.5-litre petrol tank sufficient for day to day usage. The scooter is quite heavy, weighing 124kg.

With the racing design, the scooter also gets the latest technology. Aerox 155 is quite popular in the Southeastern market with its race-ready designs. The scooter gets a fully digital LCD dash that supports smartphone connectivity via Bluetooth. It is also packed with features like an engine kill switch and hazard which is mostly available in bikes that give it a premium touch. Under the glove box also sits a USB charger to fuel up your electronics on the go. The seat seems very comfortable with a stepped seat for the co-rider making the scooter look sporty. Aerox 155 has an all-LED setup for front and tail light with daytime running LED DRLs which looks gorgeous. For safety, the scooter will have ABS on both the front disk and rear drum setup. 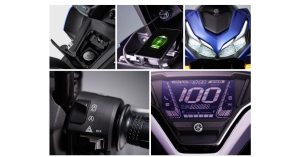 Read Also: KIA SELTOS X-LINE EDITION ARRIVED AT SHOWROOMS AHEAD OF ITS LAUNCH

Aerox 155 shares the same engine as its sibling Yamaha YZF R15 and MT-15. Even though the same engine is used the scooter will hold a detuned version of it producing 14.9 Ps of power, which is 4 Ps less than the twins. The torque fingers were not seen on the listing but since the international variant puts 13.9 Nm of torque we can expect more or less the same from the Indian version as well. As it comes under the scooter segment the gears will be controlled by a CVT mechanism. The scooter is also packed with a Smart Motor Generator system and start-stop feature.

With this brilliant design and sporty specifications, the Yamaha Aerox 155 will be a banger in Indian markets and will provide convenience to riders who want a thrill ride but don’t want a hassle to shift gears. The scooter is expected to be priced around Rs 1.25 lakh(ex-showroom) which is lesser than R15 V3.