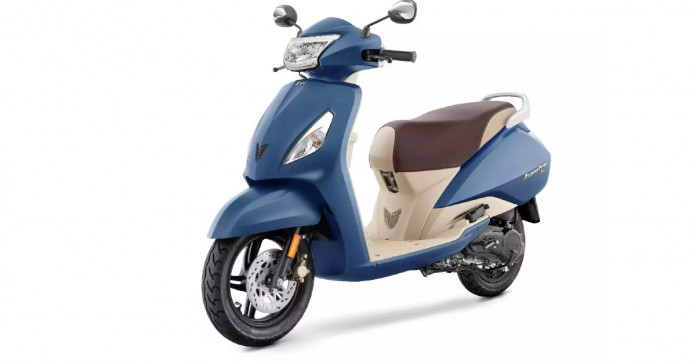 TVS is all set to expand its 125cc portfolio by adding a new scooter in the segment which is rumoured to be Jupiter 125. At the recent TVS event, the company announced the new Jupiter as well. The company recently released the Raider 125cc motorcycle in the two-wheeler segment and is ready for another unveiling.

In the latest teaser by the company, we can spot the new TVS 125cc scooter with daytime running LED DRLs which follows the same design language of Jupiter. Further details of the scooter are not revealed by the Chennai-based two-wheeler manufacturer, but the new scooter is expected to be a commuter variant of its top of the line 125cc scooter: NTorq.

In the engine aspect, it’s anticipated to share the same powertrain as its sibling NTorq. The same is powered by a 124.8cc, single-cylinder engine with a fuel injection system. Though NTorq has two variants, the standard variant produces 9.4PS of maximum power with 10.5Nm of peak torque. Contrasting the more powerful NTorq Race XP Edition has been tuned to produce 10.2PS of power with 10.8Nm of torque. 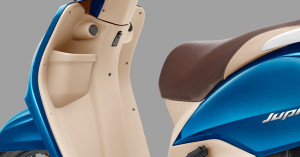 The new 125cc scooter is presumed to be a lower-powered version to increase the fuel economy. The suspension and braking duties will be done by the same mechanism used on Jupiter 110. The model is expected to come with a digital instrument console with Bluetooth connectivity, USB charger, LED headlamp, external fuel filler cap and LED tail lamp. The company has planned to make it a family-oriented scooter with a powerful engine.

Once the scooter is launched on October 7, 2021, it will lock horns with Hero Maestro Edge, Honda Activa, Suzuki Access and Yamaha Fascino. We can also expect the company to bring up many Electric vehicles soon as well. As the company has invested plenty of money in EV projects.