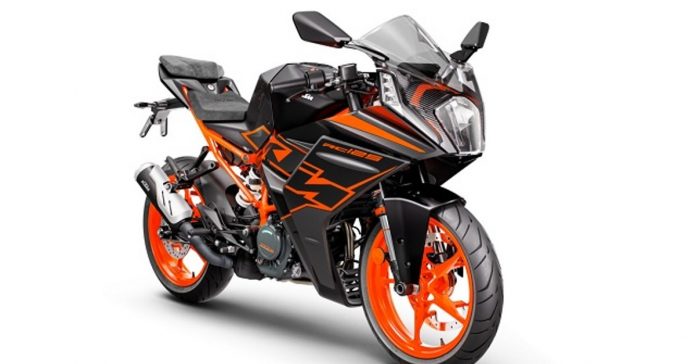 RC 125 will be released with a fresh new design by the end of sept 2021 giving direct competition to Yamaha R15.

After globally releasing the facelift versions of KTM RC 125, RC 200 and RC 390 a few days ago, the Australian bike manufacturer will officially unveil its bike in India as well. The new RC has got many updates in terms of graphics, styling and aerodynamics. There are many graphics options that are inspired by the company’s long discontinued bike RC8. Here are some changes that we know and will come in the India variant.

The new body panels with multiple cut styling give the bike a more aerodynamic look and the large air dams provide aerodynamic support as well. From twin projectors, the company has shifted to a single pod LED headlamp setup. By the side of the headlights come 2 boomerangs shaped daytime running LED DRLs, which double up as a turn indicator.

Updated RC 125 has received a new LCD instrument cluster, which is a full LED setup and is tipped to have Bluetooth connectivity to connect your smartphone directly to the instrument cluster. Under the fairing is the new rellis frame with a bolt-on rear subframe, which is 1.5 kg lighter.

The new frame should ensure better control and handling at high speeds. For suspension setup, the bike is paired with USD forks on the front and a mono-shock unit at the rear. 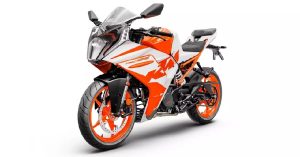 The company’s entry-level track ready bike is powered by the same engine used in the current model that is a 124.7cc single-cylinder, liquid-cooled engine which churns out 14.5 bhp and 12 Nm of peak torque. The company has introduced a larger airbox paired with a new cooling system for the engine with which we can expect a slight bump in the performance.

It will be an exciting launch by the company and an ideal option for beginner riders. The bike will be launched at an expected price of Rs 1.80 lakh ex-showroom, with two new dual colour schemes. The first offering will be white with orange and another black with orange colour option. RC 125 will retain its signature KTM orange alloy colour as well.