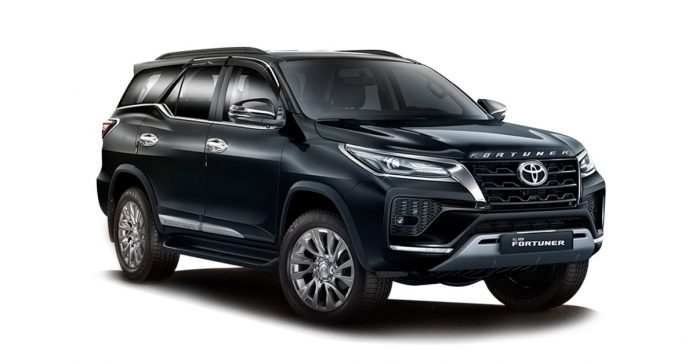 Information on the Toyota Fortuner leaked ahead of its launch.

Fortuner remained to be the best selling premium SUV by the company ever since it was first launched back in 2009 in India. The company introduced a facelift of the SUV in 2016. While receiving a mid-cycle facelift earlier this year, the company will introduce a new top variant of the SUV called Legender trim.

It will be the top-specced Fortuner that you can get. The only sore point about this new top of the line variant is that it will come in only a 4×2 variant. There is no news of the 4WD option of this trim but we can expect Toyota to release it.  Here is everything we know about range-topping Ledger trim.

After the addition of the 4WD option Fortuner will become the most expensive SUV in the Indian mass market. Other than the 4×4 drivetrain there won’t be any major updates as the company recently updated the Fortuner. It will still be the same LED headlamps, LED taillamps along with daytime running LED DRLs. Along with the same 9-inch touchscreen infotainment unit that supports Android Auto, Apple CarPlay and Toyota Connect for connected car features. 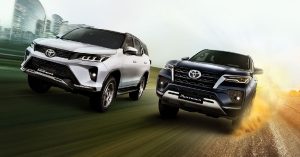 Read Also: FASTEST CARS IN THE WORLD AND THEIR TOP SPEEDS

Powering the new Fortuner Legender will be a 2.8-litre turbo-diesel motor. It comes paired with a 6-speed torque converter automatic gearbox as standard, the company won’t offer a manual for this variant. The engine delivers a whopping 201 bhp of max power and 500 Nm of peak torque. The standard variant of Fortuner is offered with a 6-speed manual paired with a 2.7-litre petrol engine. The same pushes out 164 bhp and 245 Nm of peak torque and is only offered in a rear-wheel-drive configuration.

With the biggest competitor Ford Endeavour quitting the Indian market, Fortuner’s sales will surely grow up. The prices of the base variant start from Rs 30.34 lakh (ex-showroom). And the expected price of the Legender variant is expected to be Rs 38.3 lakhs (ex-showroom). The SUV will lock horns with Mahindra Alturas G4, MG Gloster, VW Tiguan Allspace and Hyundai Alcazar.