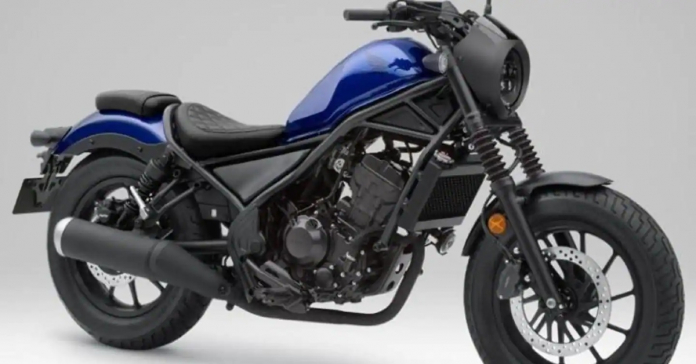 Honda’s baby cruiser got some updates for its 2022 model.

While it does not sell in India, the company released its 2022 Honda Rebel 250 in the global market. The bike is the smallest sibling in the Rebel lineup. The company slightly changed the tank and rear fender along with its new pearl Spencer blue colour as an option. Adding to this is all blacked out mechanicals making the bike look fuller in its fiery look. The shades of grey with brown seats are still carried forward in this version as well.

The new pearl Spencer blue colour option will be available only in the top of the line Rebel 250 S-edition and the company has kept it exclusive. The bike will first come to the Japanese dealership by mid of January 2022. The S-edition looks distinct with its diamond-stitched seats, headlamp cowl and fork covers. The instrument cluster remains the same being a digital LCD panel that shows basic information like speed time and gear. The new Rebel 250 sports full LED lighting with a quad projector setup. 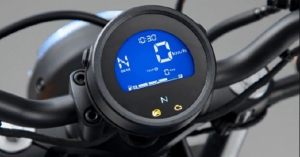 Read Also: 2022 KAWASAKI NINJA ZX-6R UNVEILED IN THE US

The conventional telescopic forks at the front and twin shock absorbers at the rear are carried from the previous generation. For braking, the company uses Nissin callipers with a disk on both front and rear. As being a cruiser the bike has a low seat height of 690mm and forward-positioned footpegs for great manoeuvrability and comfort. Rebel 250 now scales at 177 KG.

The bike is powered by a 249cc single-cylinder engine that delivers an output of 25.6 bhp of power and 22 Nm of peak torque. This motor is paired to a 6-speed gearbox. Talking about the availability of bikes in India. The bike is likely to enter the Indian market as the bike will become very costly and consumers may not be willing to pay that much for a 250cc bike. Though the company planned to launch Rebel 500 then it got delayed due to a pandemic. Instead, they offered H’Ness CB350 roadster to us.