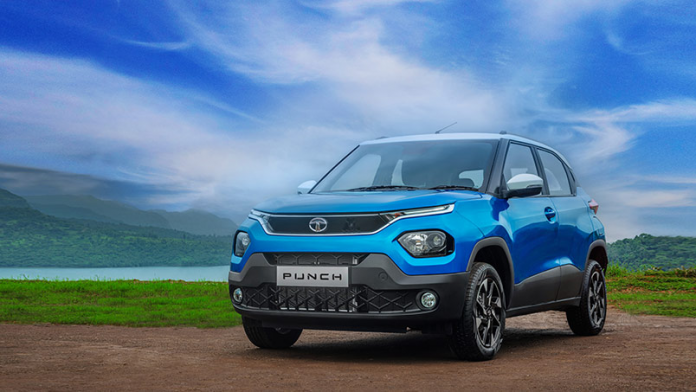 Tata Punch SUV unveiled in India: Might be cheaper than Nexon

TATA has unveiled its new compact SUV today in the country.

After showcasing the H2X concept at auto expo 2020, TATA has finally taken the covers off its upcoming micro SUV. People were speculating if it was to be named H2X or Hornbill. TATA decided to name it Punch and the name says it all about its new offering. It’s an exciting mix of sports dynamics with a mixed touch of tough utility. The design looks bold and will attract young and bold customers. The vehicle also looks rugged which will be ideal for difficult terrains versatile to go anywhere. Here is a list of things we know about this new car.

The design language is similar to its elder sisters, Safari and Harrier having a split light setup. The big headlights are positioned below LED DRLs giving it a muscular look. The body of Punch is covered with black body cladding on the side,  front and rear skid plates.

The alloy wheels are massive with a dual-tone diamond cut, which looks really premium. ORVMs have integrated turn signals with rear mounted spoilers and roof rails and blacked out pillars.

Just like the newer TATA cars, Punch follows the same minimalistic interior trail. Inside the cabin is mounted a 7-inch touchscreen infotainment system packed with Android Auto and Apple Carplay. The steering wheel has mounted buttons like audio and voice control. The car will come with automatic climate control with a push to start and stop button on higher models.

TATA, famous for its safe vehicles, has got this vehicle covered with features like ABS, rear parking sensors and a camera with EBD included as standard.

TATA punch will be available with only one engine option: 1.2 litres naturally aspirated petrol producing 85 bhp and 113 Nm of peak torque. Customers can choose from either a 5-speed manual or 5-speed automatic AMT transmission.

The prices will be revealed at the time of its launch. We can also expect the company to offer a 1.2 Liter turbo charged variant at a later stage. Stay connected to Motor Bridge as we bring you more launch details as soon as the car gets to the market.