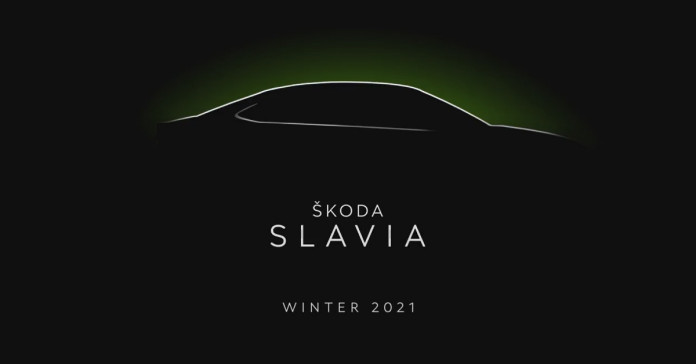 After Skoda Kushaq, the company is boosting up India 2.0 programme with Skoda Salvia. Today Skoda teased its new mid-size sedan Slavia on social media. It is among the few cars which come under made for India tier. Slavia will be the third car to use its mother company’s tailored-for-India MQB A0 IN platform.

This platform has been earlier used in Taigun first, then Kushaq and now will be used in the new Slavia as well. We can expect the company to unveil it completely in the last months of this year and the sedan will be available to Indian consumers in early 2022.

From the place we come from, to the place we call home.
We are proud to present: the ŠKODA SLAVIA, our all-new premium midsize sedan which once again sets out to define a new era in the Indian market.#SKODASLAVIA#SKODAIndia #SLAVIA#MidSizePremiumSedan#Legacy pic.twitter.com/dBNwi5SWKo

The name Slalvia has its own legacy as when the company’s founders Václav Laurin and Václav Klement started repairing bicycles and entered the bicycle industry. Slavia was the name of their company back in 1896. The entry-level sedan will follow the footsteps of its more powerful and luxurious elder siblings Skoda Octavia and Skoda Superb sedans. The company has focused equally on driving pleasure and rear comfort with a bigger cabin and best in class luxury. 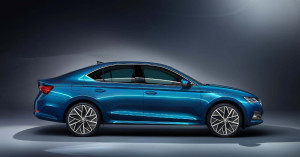 Read Also: HOW TO AND BEST WAY TO CONVERT YOUR OLD PETROL CAR INTO A CNG CAR

The interior of the car can be expected to be the same as Kushaq. Following the same trend line, Slavia will be offered in two engine options. Both the engines are turbo petrol. The first one is a 1.0-litre, three-cylinder TSI unit that produces 110 hp of power and 175 Nm of torque. The second option is a more powerful 1.5-litre, four-cylinder TSI producing 150 hp and 250 Nm of peak torque.

The 1.0-litre variant will be available in either a six-speed manual or torque converter automatic. On the other hand, the more superior 1.5-litre variant will be offered with a six-speed manual and seven-speed DSG automatic with paddle shifters on option. To increase the fuel efficiency of the four-cylinder alternative, the company has featured a cylinder deactivation technology that shuts down the extra cylinder to boost efficiency.

On the arrival of Slavia, it’s expected to range between Rs 10-17 lakh ex-showroom, India. The car will lock horns directly against the new Honda City, Hyundai Verna and Maruti Suzuki Ciaz. We can also expect VW to launch a new sedan on the same platform as well.

Vipul Chandwanihttps://www.motorbridge.com/
Previous article
How to and best way to convert your old petrol car into a CNG car
Next article
TVS Jupiter 125 launched with a price tag of Rs 73,400 ex-showroom