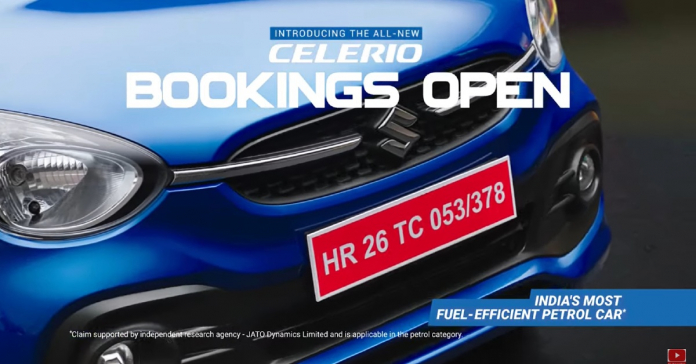 The company claims that it is the most fuel-efficient car in India.

Maruti Suzuki Celerio next-gen is all set to launch in India on November 10. Now with an official teaser, the company has started taking orders and booking is open for the consumers. The buyers interested can either go to the official website or visit the nearest showroom and pay a token amount of Rs 11,000 (fully refundable). The car was expected to be released way back last year but due to a global pandemic the company had to delay the launch but now the wait is over.

There is information regarding new trims, colours and features revealed of the upcoming Celerio. The new car is categorised into 4 variants named LXI, VXI, ZXI and ZXI+. The colours available to the consumers are six in the option being Arctic White, Silky Silver, Glistening Grey, Solid Fire Red, Speedy Blue and Caffeine Brown. There won’t be any dual-tone option just like other cars by the company.

The next-gen is based on the new Heartect platform which is lighter and longer claimed by the company. The lightweight will also help in the fuel efficiency of the car. The hatch also gets an upright stance making it look bolder from the front. Due to the redesign, the legroom and headroom are expected to be more than that of the current-gen Maruti Suzuki Celerio. 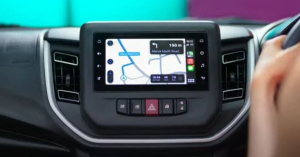 Powering the car will be a completely new 1.0-litre K10C K-Series Dual jet, Dual VVT petrol engine. This new engine will produce more power and fetch out more fuel economy than the current 1.0-Liter variant. The current K10B produces 67 bhp of max power and 90 Nm of peak torque. The new engine will be paired with a 5-speed manual gearbox or a 5-speed AMT. To increase fuel economy the company used Idle start-stop technology which will shut down the engine when the car is idling.

The car will be future proof with a new floating infotainment system that supports Android Auto and Apple CarPlay. Consumers will also get a semi-digital instrument console, multi-functional steering wheel and push start/stop button. Upon launch, the car will lock horns with cars like Tata Tiago, Hyundai Santro and Maruti Wagon. The car is expected to hold a starting price tag of around Rs 5.5 lakhs ex-showroom, India.