Kia will unveil their fourth car, Carens on 16 December in India.

The South Korean car manufacturer, Kia, has unveiled the Official sketches of its upcoming car. After the success of Kia’s Seltos, Carnival, and Sonet, Kia is gearing up to launch its new car in the Indian market. The car will make its global debut in India on the 16th of December this year.

Carens is going to be a premium MPV (Multi-Purpose Vehicle) from Kia. However, Kia is calling it an RV (Recreational Vehicle). But from the sketches, we can see that it is going to be a 3 row, 7 seater car, which looks like an SUV.

The Kia Carens design is based on Kia’s new design philosophy, which they like to call “Opposites United,” maybe that is the reason for calling it RV.

Also, Kia says that “The Carens has been designed keeping in mind the evolved, unmet needs of modern Indian families who want to enjoy commuting together.”

Being built on the same platform as Seltos, it is safe to consider that the structure of Carens is going to be very similar to an SUV. Over the front side of the car, we can see Kia’s new Tiger Face design with sharp dual beam LED projector headlamps along with DRLs in a split format. We can also see a wide grille running between the headlamps of the car with a chrome strip accompanying it. Carens also gets sporty bumpers and a flat bonnet. 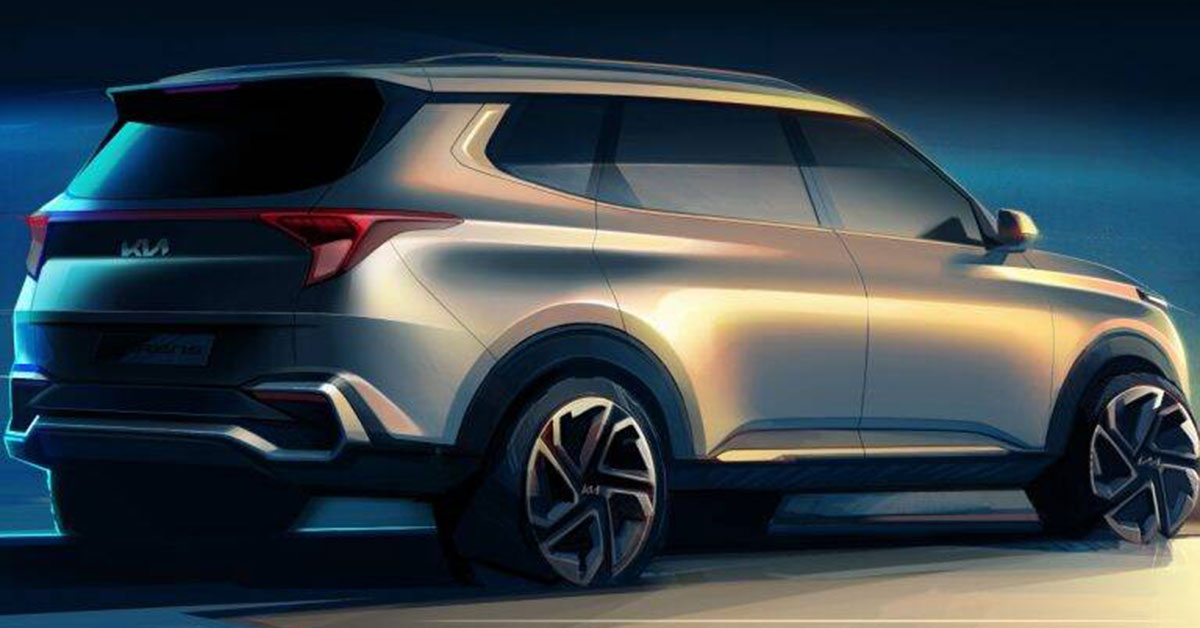 The side profile of Kia’s Carens also looks sportier with its 5-spoke dual alloy wheels. And, the all-around body cladding adds up to a more muscular and tough look to the car. The backside of the car is where the real action is happening. You get to see many cuts and creases at the tailgate of the Carens with sharp tail lamps running across the back of the car.

If we take a look back at the cars launched by Kia, it is safe to consider that the Carens is going to be filled with a lot of features. In the interior sketches, we can not see many details. However, we know that the Carens will come with chrome garnish on the doors of the car and a wraparound design on the dashboard. At the centre of the dashboard, we will get a 10.25-inches AVNT (Audio Video Navigation Telematics) which will support Apple’s CarPlay, Android Auto, and BlueLink connectivity suite. The Carens will get a new digital instrument cluster.

Kia Carens will also be getting safety features that include ADAS (Advanced Driver Assistance System) adaptive cruise control, blind-spot monitor, ABS with EBD along with 6 airbags, and many more extra features. 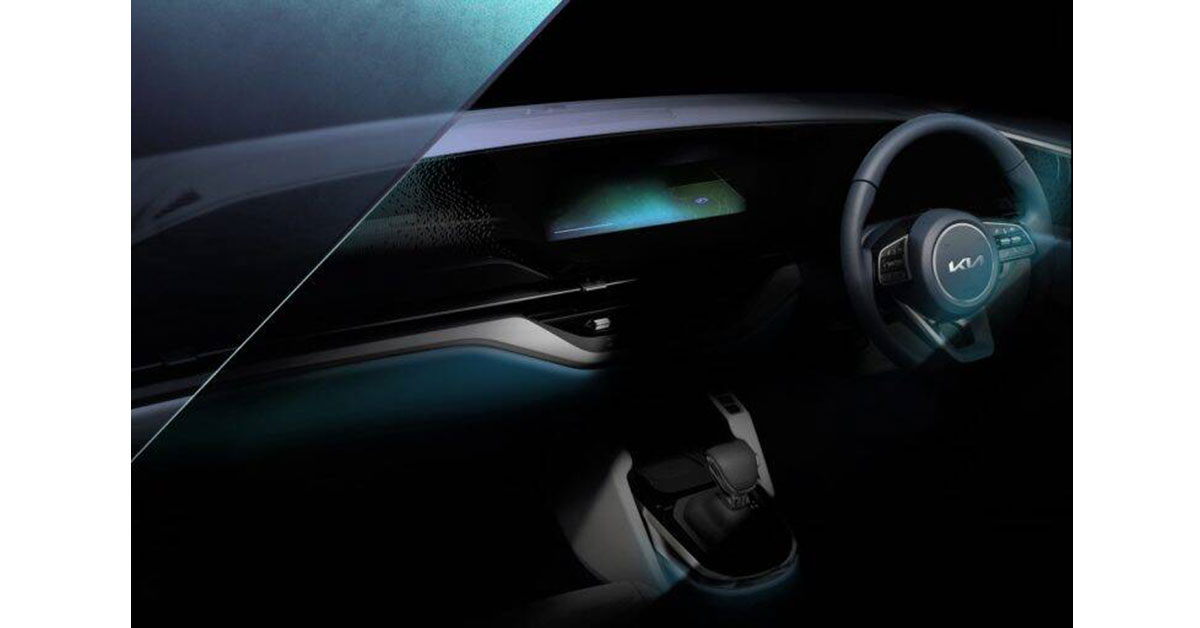 It is expected that Carens will be getting a 1.5L Turbo-Diesel engine and a 1.5L naturally aspirated petrol engine.

The car will be unveiled on the 16th of December. However, one can see it on roads only in early 2022. Its price should be between 15-20Lakhs, and it will go head to head against its spiritual sister Hyundai Alcazar along with Mahindra Marazzo and Toyota Innova Crysta.