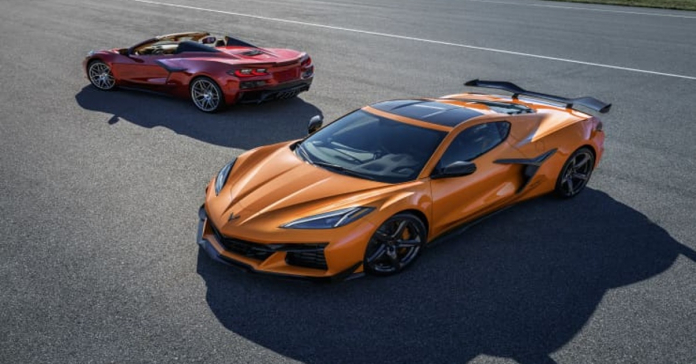 The new powerful Corvette gets an EV push.

After 2019 the company has not pushed out any hypercar in the market. General Motors on Tuesday announced its 2023 Chevy Corvette Z06 famed American sports car on the market with a new engine and EV support that makes the already powerful supercar run even faster and clock 0-100 in even lesser time. The Z06  is a track-focused machine with beautiful looks and better aerodynamics.

Powering the Chevy is a 5.5-litre V-8 naturally aspirated engine capable of producing 670 horsepower and 460 pound-feet of torque at max. GM claims that it is the most powerful engine of its kind in any production car. The previous version which was launched in 2019 featured a V-8 with a supercharger. It was the supercharger that used to pump up the performance of the car. While the 2023 version uses an electric motor to get that extra boost. 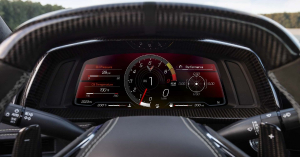 Tage Juechter, the Corvette executive chief engineer, told “We didn’t think we could go any farther regarding naturally aspirated, which is when we did the supercharged. But this time we started with a blank sheet of paper. This car is more blank sheet of paper than we’ve ever done for a Z06. There are just a couple of things in our portfolio that you can, to use an overused term, you can ‘lean into’ and really be magnets for the brand. And Z06 is certainly one of them,”

The new Z06 is a hardtop convertible and the body looks wider than the company’s own Stingray. The exterior of the car gets some fresh revamp including large grilles for air circulation. To support the car and increase the stability, Chevrolet also introduced some wide tires. You can also opt for an additional package that will include aerodynamic parts which will make the car more track-oriented. It is expected that the car after the performance upgrade will do 0-100kmph in just 2.6 seconds.

GM President Mark Reuss gave a statement “The new Corvette Z06 defines the American supercar, It builds on the distinctive design and groundbreaking dynamics introduced with the mid-engine Corvette and elevates them to deliver refined but uncompromising track capability with world-class performance”. The specific pricing by the company is not revealed yet but it is expected to be 44% more premium than the previous gen.