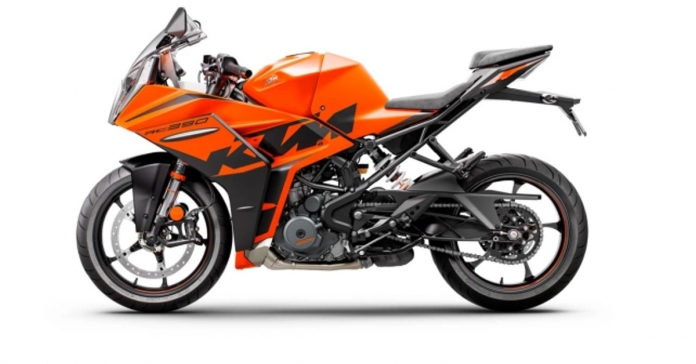 The uplifted RC twins are launched in India with new looks.

KTM RC 200 and RC 125 series is the most powerful single-cylinder bike in India that received a facelift recently. And now Bajaj Auto the mother company of KTM has finally launched the second generation of KTM RC 125 and RC 200 in India. The sticker price on the new RC 125 is starting from Rs 1,81,913 ex-showroom, India.  While its elder sibling the RC 200 is priced at Rs 2,08,717 ex-showroom, India. The company announced these to be introductory and will face a hike with the beginning of the new year i.e 2022.

Majorly both the bikes have received some cosmetic updates. The headlamps in the newer model have been blunt down with fully covered headlights and integrated daytime running DRLs on the head of the body. The bike will also get a slightly different taillight setup and a little taller rear seat. The higher cc model receives LED lights whereas the smaller RC 125 uses the halogen setup.

The new RC 200 will sport an underbelly exhaust while its smaller sibling receives an upswept one. A new rellis frame that has a bolt-on subframe is used in both the bikes to make the bikes even lighter, decreasing the lap times and increasing the stability and handling at higher speeds. There are new colour options for both the bikes as well. The addition includes a new LCD instrument cluster with Bluetooth connectivity. 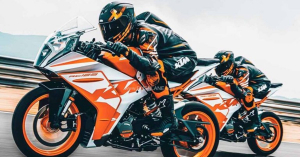 Read Also: VERSUS: UBER VS OLA, WHICH COMPANY WINS THE COMMUTER’S HEART

KTM tuned the engine for better performance however the unit remains the same 199.5cc single slider engine for RC 200 which produces 25.5 hp @ 10000 rpm and 19.5 Nm of torque @ 8000 rpm. RC 125 uses the same engine as well being the 124.7 cc single-cylinder engine that puts out 20 hp of power @ 9250 rpm and 12 nm of torque @ 8000 rpm. Both the engines are mated with 6-speed transmission. Some other performance changes include a larger airbox and curved radiator for better engine cooling.

Now the bikes can store 13.7 litres of fuel rather than 9.5 litres on the previous generation. Both the bikes are an exciting addition to the two-wheeler entry-level bike fleet. While the more powerful RC 390 with extra updates will also be launched by the company soon.

Vipul Chandwanihttps://www.motorbridge.com/
Previous article
Versus: Uber vs Ola, which company wins the commuter’s heart
Next article
Best hatchbacks with the largest and fastest engines in India