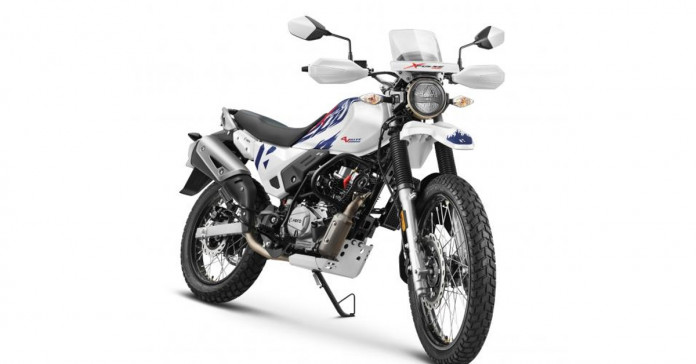 After being recently spotted in showrooms, Hero Moto Corp finally released the more powerful variant of its Xpulse 200. The 4V version of the bike looks distinct and produces a little more power as compared to its 2V version. The company has set the initial price of Xpulse 200 4V at Rs 1,28,150 ex-showroom, India.

For changes in design, we can spot a new headlight setup that is a full LED one. The motorcycle has improved its seat profile for better comfort on the street as well as for adventure tours. Other features include a fully digital instrument cluster with Bluetooth connectivity, an aluminium skid plate to protect the engine from small rocks and big boulders, knuckle guards and an upswept exhaust.

The new suspension setup consists of 37mm telescopic front forks having a travel of 190mm. At the rear, a bigger mon-shock is used this time with a 10 step adjustable having a travel of 170mm. Braking duties are done by dual disk brakes. Bigger 276 mm on the front and 220mm disk on the rear. The bike comes with single-channel ABS as standard. Xpulse 200 4V sports dual-purpose tyres. Users get 21-inch on the front and a smaller 18-inch tyres on the rear. 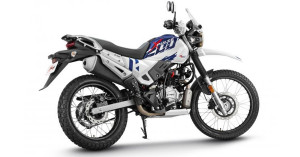 Read Also: TVS APACHE 160 4V LAUNCHED WITH UPDATES: EVERYTHING YOU WANT TO KNOW

For making it adventure-ready the wheelbase of the bike is set to 1,410mm making the ground clearance of 220mm. The dimensions of the bike are 2,222 mm in length, 850mm in width, and 1,258mm in height. The bike is quite light, weighing just 158kg.

The biggest highlight of Hero Xpulse 200 4V is a more powerful 199.6cc, single-cylinder, oil-cooled motor with 4 valves. It is tuned to produce 18.8BHP of max power and 17.35Nm of peak torque which is 1BHP and 0.9Nm more compared to its 2V variant. The same is paired with a 7-fin oil cooler and an improved 5-speed gearbox. The Hero Xpulse 200 4V is available in 3 colour options: Trail Blue, Blitz Blue, and Red Raid.