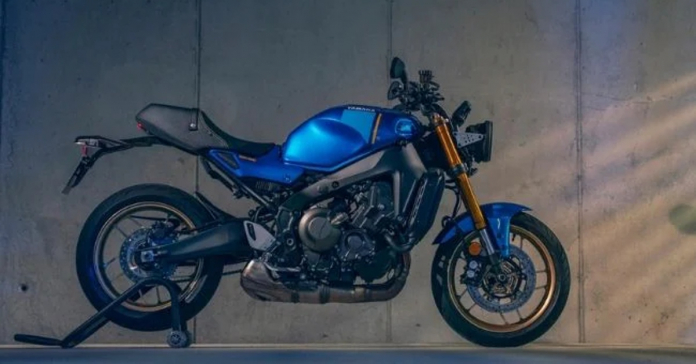 The XSR900 now looks even bolder and better.

The company is back with the new model of XSR and it looks beautiful. The 2022 Yamaha XSR900 has received some exciting updates inside out and has been released in International markets. The bike now has a fresh aluminium frame claiming better handling and rigidity of longitudinal, lateral and torsional regions of the bike. With the added new frame the bike has lost some weight as well. The wheelbase has been tweaked by Yamaha making it even longer. The new headstock makes the bike look even sportier and responsive while handling steep curves.

The bike still holds the 70’s design but with modern styling and touches all over. Paired with the wider handlebar now we can see the company added golden front forks which makes the bike more feature ready and attractive. The tail section has now become bolder and wider and so is the redesigned fuel tank. 2022 Yamaha XSR900 design changes include the much-awaited LED lighting package that consists of LED tailing, headlight and round daytime running DRLs. 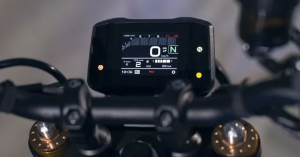 The new bike now has four riding modes, which you can choose for controlling the power of the bike. Just like the previous generation, the A mode is the sportiest mode giving you full power and full ABS control. The bike Also sports a new 3.5-inch TFT instrument cluster, cornering ABS, 6-axis IMU, lean-sensitive traction control system and more. With more power added to the bike now the company added wheelie control as well.

The suspension duties are done by adjustable KYB gold anodised forks and an adjustable KYB monoshock. The bike has received an update over its 846cc engine unit. The XSR900 is powered by an 889cc 3-cylinder power unit that churns out 117 BHP of mammoth power @ 10,000 rpm and 93 Nm of peak torque @ 7,000 rpm. The bike will be available in two colour options Legend Blue and Midnight Black.