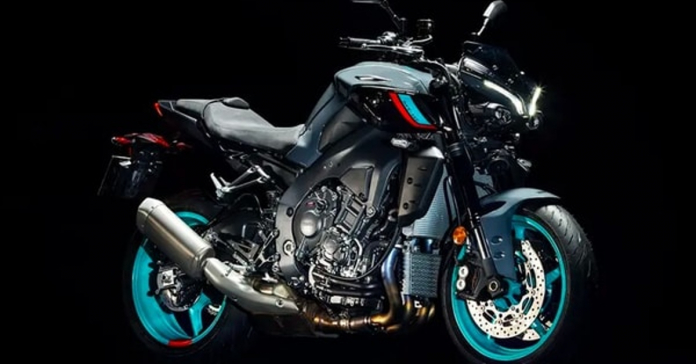 After a long wait in 2022 Yamaha MT-10 was officially released in the European market. Some of the features are taken from the previous model but the bike receives more power and an updated design which looks absolutely beautiful. There is a change in the engine internals which now receives heavier offset steel con-rods, lightweight aluminium forged pistons, and direct-plated cylinders. This increases the reliability of the bike along with offering torquier punch at 4,000 to 8,000 rpm.

The bike has a cleaner look with Twin LED headlights which looks like an aggressive face. Adding to it is brow looking daytime running LED DRLs.The fuel tank has been redesigned and now is much smoother than before. The intake scoops have been replaced with design improvements in the tail section giving the bike a completely new look and ensuring it to be future-ready. The brake callipers are derived from R1 and the KYB suspensions are retained from the last-gen model. 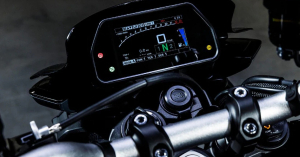 Adding to the braking performance are the new Brembo radial master cylinder for a better lever feel. The instrument cluster also received a revamp which is now a 4.2-inch, full-colour, TFT instrument console. Adding to it is an improved ride by wire system and six-axis inertial measurement unit (IMU) and a big list of riding aids. Some important highlights are wheelie control, engine brake control, cornering ABS, cornering traction control, as well as Yamaha’s SCS slide control system. Consumers can choose from 4 riding modes according to their convenience which individually changes the rider’s aid system.

Powering the new 2022 MT-10 is the 998cc CP4 engine tuned to produce 164 bhp which was 158 bhp in the previous gen. The torque fingers have also bumped up from 111 Nm to 112 Nm. The bike peaks up at 9,00 rpm. We all know that the company is also famous for its musical instruments. The bike manufacturer improved the rev note by acoustically tuned airbox. Aiding to it is the new titanium exhaust that makes an even better rev sound. Talking about its availability in India. The bike is unlikely to come in India as the market for the same is very small.

Vipul Chandwanihttps://www.motorbridge.com/
Previous article
Yezdi official teaser shared by JAWA motorcycles on their socials
Next article
Charging your electric vehicle at home: Here’s what you should know