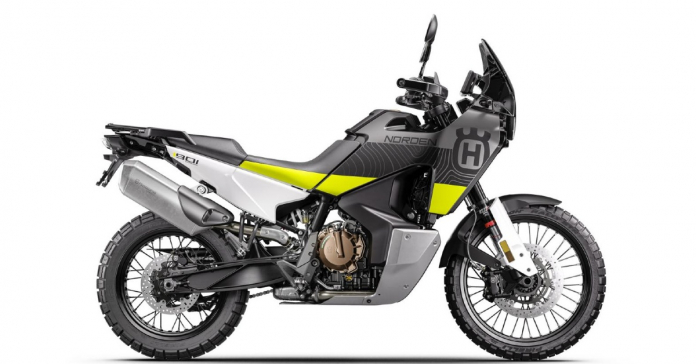 The concept of the bike was first showcased at the 2019 EICMA Motorshow in Milan. And now we have a 2022 Husqvarna Norden 901 braking cover in the market. The bike is priced at starting $15,199 (Rs 11.5 lakhs approx). The factory rally machine was designed by the company in such a way to have greater comfort in long rides and with the powerful engine paired the bike is more than capable of doing all the off-road adventures.

The manufacturer paired the engine with a dual balancer shaft for more comfort and minimum vibrations. The frame used in the new bike is the same trellis that we can see on other Huskies as well. For tyres company chose 21-inches Pirelli Scorpion Rally STR wrapped around the spoked in the front and the same, but 18-inches variant in the rear. The WP Apex suspension gives the bike travel of 220 mm.

For better braking performance the additional features include switchable Bosch Cornering ABS with Street and Off-road modes. The bike also features lean-angle-sensitive Cornering Motorcycle Traction Control (MTC). Users can select from four riding modes which are  Street, Rain, Offroad and Explorer mode. The power delivery and all the safety features will act according to the mode selected. The bike has a larger 19L fuel tank, which extends the range of the bike to 400 km. 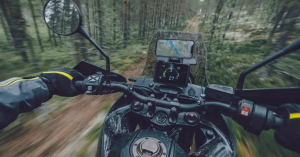 As an option, the company also avails you of a Connectivity Unit that provides turn-by-turn navigation, telephone functions, and music selection through the rider’s smartphone. The features can be controlled by the Ride Husqvarna Motorcycles app that is available for both Android and iOS platforms allowing access to communications and control music via Bluetooth, which can be changed by the handlebar-mounted mode switch. The turn by turn navigation can be viewed on the big TFT screen via Bluetooth.

Powering the bike is the 899cc, parallel-twin engine that churns out 98 BHP @ 8,000 rpm and 100 Nm @ 6,500 rpm. The engine also gets steel intakes and exhaust valves for performance and a hydraulic chain tensioner for those adventurous trips. The same is mated with a 6-speed gearbox accompanied by a quick shifter, assist-and-slipper clutch as standard. The chances of the bike coming to India is very slim.