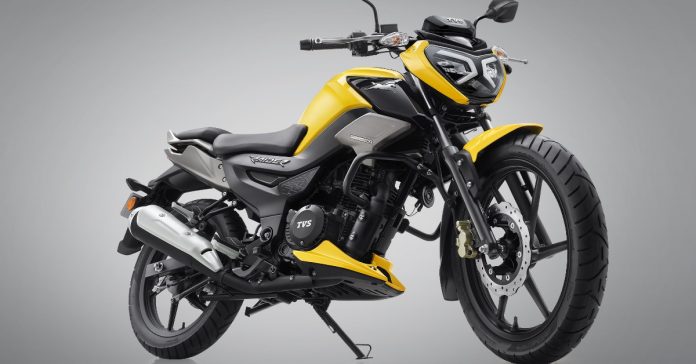 After the company recently teased its 125cc motorbike video, TVS released its Raider 125 in the Indian market.

TVS finally launched its new Raider 125 bike in the entry-level segment. The bike’s price starts at Rs 77,500 (ex-showroom) for its drum brake variant and goes all the way to Rs 85,469 (ex-showroom) for the disc brake variant. The company has planned to sell out around 5 lakh units of the two new products in the first year of launch. Here is everything you should know about the new TVS Raider 125.

The bike comes with a lot of modern touches including daytime running LED DRLs. The 3 partitioned headlights give the bike an aggressive modern look. Additionally, the bike gets a muscular stance with a high shoulder line running along with the tank. On the tank, we can also see a 3D TVS logo just like its elder flagship sibling RR310. The fuel tank comes with a capacity of 10 litres. The new bike comes with 17-inch alloy wheels and a wheelbase of 1,326mm with a seat height being 780mm. The bike has a kerb weight of just 123 kg.

The TVS Raider 125 is powered by a 124.8cc, three-valve, air-cooled engine. The powertrain can put up 11.4hp of power at 7,500rpm and 11.2Nm of torque at 6,000rpm. The engine is paired to a 5-speed gearbox which allows the bike to reach a top speed of 99kmph claimed by the company. Along with the sporty muscular looks, the TVS Raider 125 claims to provide a mileage of 67 kmpl. 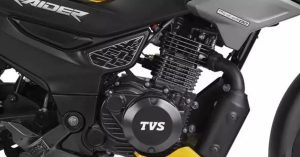 Read Also: MG ASTOR TO BE THE FIRST CAR IN INDIA WITH ONBOARD AI

The bike has a fully digital, coloured instrument cluster. It shows a host of information to the rider, including a gear position indicator, shift lights and a side-stand indicator. The company also announced that it will be releasing a Bluetooth enabled version with a TFT screen in the coming months.

TVS didn’t have an offering in the 125cc commuter segment, and the new Raider 125 could make for an impactful entry and fill up that space. It will compete against all the entry-level bikes offered by different companies in the Indian market. In the event TVS also gave a hint of a new 125cc version of TVS Jupiter which will be released later this month.

Vipul Chandwanihttps://www.motorbridge.com/
Previous article
MG Astor to be the first car in India with onboard AI
Next article
Citroen C3: Designed in and for India made a global debut