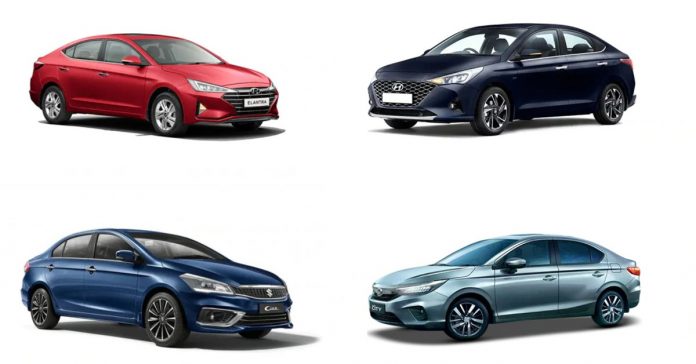 Want to pick a sedan with a budget of Rs 20 lakhs? Here are our top picks.

Recently, companies are working hard to push their new sedans in the Indian market with tons of new features to attract new customers. Consumers who are interested in buying a car with more space and premium features along with a bigger boot can go with these premium sedan offerings. Here is a list of top sedans one can consider buying under Rs 20 Lakhs. 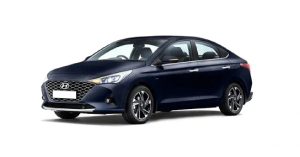 Verna is the premium sedan offered by Hyundai. Recently the company has upped the price of the car by Rs 14,000 across all variants. The current price at which the car retails from Rs 9.20 lakh to Rs 15.25 lakh (ex-showroom). The Verna is available in five variants: E, S, S+, SX, SX(O), and SX(O) Turbo. 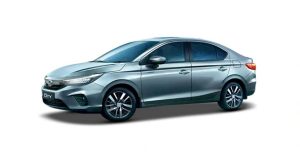 Honda released the next-generation City last year and is still a worthy buy. The dimensions of the new Honda City 2020 is 4,549mm long, 1,748mm, 1,489mm tall and has a 2,600mm wheelbase The company offers its sedan with two engine options. The new City is offered in three variants: V, VX and ZX

First, a 121 PS power and 145 Nm torque generating 1.5-litre petrol i-VTEC unit and a 1.5-litre diesel DOHC churning out 100PS and 200 Nm of torque. Both engines are offered with a 6-speed manual gearbox where the petrol engine can be bought with an Automatic CVT variant as well. The company also confirmed to release a mild Hybrid variant in 2022. It was globally introduced in August 2020. The Hybrid powertrain will come with a 98PS 1.5-litre petrol engine, coupled with dual electric motors, and generate 109PS of power and 253 Nm of torque.

Honda City is packed with tons of features which include the Honda’s LaneWatch Camera which is a blind spot camera solution introduced by the company. The car has a semi-digital instrument cluster with a 7-inch screen, with Alexa remote capability. It retains the older car’s features like touchscreen infotainment with Apple CarPlay and Android Auto, and a tyre pressure monitor.

It also has climate control, cruise control, a sunroof, keyless entry with push-button start and auto headlamps for higher variants. For safety, Honda offered six airbags, ABS with EBD, parking sensors with a rearview camera and electronic stability control. The price of Honda City starts at Rs 11.16 Lakh and goes up to Rs 15.11 Lakh (ex-showroom).

Read Also: PIAGGIO ONE IS ALL SET TO LAUNCH IN THE INTERNATIONAL MARKET 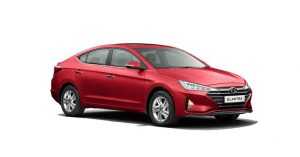 Just like its younger sibling the company increased the price of the car as well with a hike of Rs 15,000. Now it ranges between Rs 17.85 lakh and Rs 21.12 lakh (ex-showroom). The Hyundai Elantra is offered in two variants SX and SX (O) with the option of diesel and petrol. In terms of dimensions, the Elantra is 4,620mm long, 1,800mm wide, 1,465mm tall and has a 2,700mm long wheelbase making it longer and wider than Verna

Elantra gains a new 1.5-litre, four-cylinder diesel engine that is shared with the new Hyundai Creta producing 115 hp and 250 Nm of torque. On the other hand, the petrol mill is a 2.0 litre, 1,999cc unit that churns out 152PS and 192 Nm of maximum torque. Both the engines come with 6 speed Manual and automatic choices. 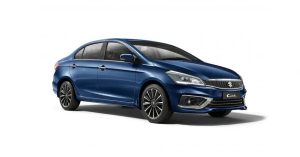 The sedan retails between Rs 8.52 lakh and Rs 11.50 lakh(ex-showroom) after Maruti Suzuki increased its price by Rs 17,000 across all variants. The price of the petrol variant of Ciaz ranges between Rs 8.72 Lakh to Rs 11.71 Lakh and is available in 8 variants with 7 different colours on offer.

After the company discontinued the 1.5-litre diesel version, the Ciaz is only available in petrol variant. Which is a 105 PS 1.5-litre K15B mild hybrid, BS6-compliant engine with 138 Nm peak torque. The hybrid battery is a 12 V battery to keep the fuel bills low. The engine can be coupled with a  5-speed manual or a 4-speed torque converter automatic. The car has a huge boot space of 510 litres.

Talking about the features of the car, these include a SmartPlay infotainment system, cruise control, LED headlamps, leather upholstery, keyless entry, rear AC vents, and auto headlamps. For safety, the company offers dual airbags, ABS with EBD, ESP with hill-hold, reverse parking sensors and a camera. 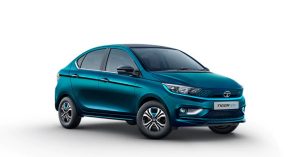 The best option if a consumer wants an EV in this segment. The 2021 Tata Tigor EV has gone on sale with prices ranging between Rs 11.99 lakh and Rs 13.14 lakh (ex-showroom). The car is one of the safest, scoring a 4-star rating in the Global NCAP crash tests. The all-electric Tvarient is available in four variants XE, XM, XZ+, and XZ+ Dual Tone

Tata Tigor EV is based on a new Ziptron powertrain The electric sedan comes with an IP67-rated 26kWh battery pack and an electric motor producing 75PS of power and 170 Nm of torque. It has an ARAI-claimed range of 306km with support of fast charging that could juice up the battery from 0-80 within an hour. One can also use a traditional home charger and get the car charged up in 8.5 hours.

The car comes with auto AC, a height-adjustable driver seat, a 7-inch Harman touchscreen infotainment system with Apple CarPlay and Android Auto, and a cooled glovebox. It also gets keyless entry, push-button start/stop on higher trims, and 30+ connected car tech features that can be used directly via your smartphone. Along with good scores in GNCAp the car also packs dual airbags, ABS with EBD, hill ascent and descent assist, and rear parking sensors as standard. However, some might find the boot space less, as it is shorter than other sedans in the market.

These are the top sedans available under Rs 10 lakhs, which not only are fit for a family of 5 but also has tons of luggage space in their boot. Sedans are practical if the consumers ride with a lot of luggage on board and the cars in this list are definitely one that should be considered.