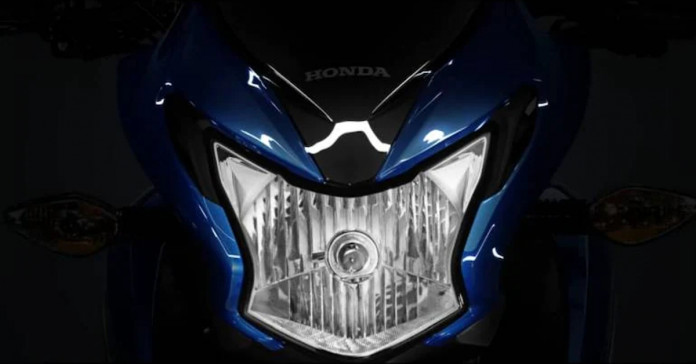 Commuter bikes are low maintenance and easy to ride. But which one to pick? Here is a detailed list

Commuter bikes are entry-level bikes with basic functionalities and the most fundamental offering in the segment by a company. We should not go by the description as these bikes can stay with you for years and are ideal for city rides. Being entry-level bikes, they have small engines, which allow them to claim good mileage. These bikes are known for their reliability and low maintenance cost. With the fuel prices skyrocketing one can consider buying them. Here are some of our top picks. 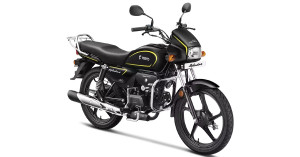 A renounced king of commuter bikes. Hero Splendor was popular since the company had a collaboration with Honda. After decades, the bike is still standing strong with time to time updates on design and features. The name has been tried and tested in India for a long time. The higher trims of the bike are even available with alloy wheels and an electric start.

Powering the bike is the reliable 97cc, single-cylinder air-cooled engine that makes 8.2bhp and 8Nm of torque. Hero MotoCorp claims a mileage of 81km/l and the transmission used in the bike is a 4-speed manual gearbox. The pricing of the bike starts from Rs 62,984 (ex-showroom) 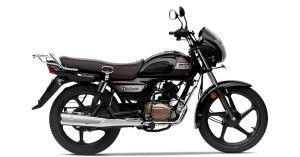 Entry-level commuter bike from TVs with elegant and simple design. This bike was recently introduced and packs lots of new features like LED DRLs, USB charging slots and electric start. It is powered by a reliable 109.7cc air-cooled, single-cylinder engine that produces 8.2bhp and 8.7Nm of torque. The engine is mated to a 4-speed gearbox. The bike has a mileage claim of 69.4 km/l. Consumers can buy this bike from Rs 64,020 ex-showroom, India onwards. 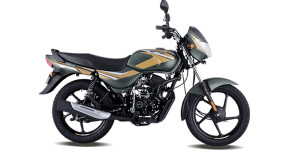 CT100 is known for its reliable engine and good mileage claims of 82km/l. This is achieved by its 99.27cc, four-stroke air-cooled engine, paired to a 4-speed gearbox. Along with being fuel-efficient the engine is powerful as well producing 8.1bhp and 8.05Nm of torque. The top speed claimed by the company is 90kmph. Company priced this bike from Rs 51,978 ex-showroom onwards. 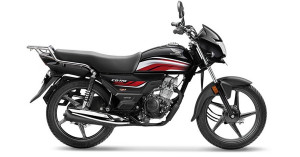 Most Affordable Honda bike in the commuter segment. The bike comes with a simple design with alloy wheels as standard. Honda is known for its reliable engine. The one used in CD 110 dream is a 109cc engine that produces 8.31bhp and 9.09Nm of torque. Honda claims a mileage of 74km/l. The price tag on the bike starts from Rs 65,248 ex-showroom, onwards. 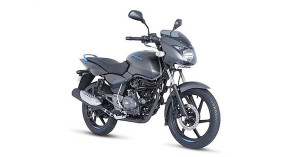 Following the same design as its elder sibling Pulsar 150. The bike has got its modern revamp recently. The most beautiful entry-level commuter on this list. Pulsar 125 is offered with a dual-disc and attractive neon paint scheme. The bike is powered by an air-cooled, single-cylinder, 124.4cc engine producing 11.8bhp and 11Nm of torque. Transmission duties are done by a 5-speed manual gearbox. The bike comes in many variants and starts from Rs 76,503 ex-showroom, India 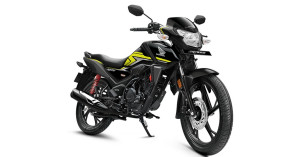 A blend between modern features and functional design. Some of the features included are engine start-stop switch, fully-digital instrument cluster, silent start with ACG motor and more. The motorcycle is powered by a fuel-injected 124cc engine that is BS-Vi compiled. The same produces 10.7bhp and 10.9Nm of torque. To save fuel economy, Honda has equipped SP 110 with programmable fuel injection with Honda’s Enhanced Smart Power (eSP). The bike is priced at Rs 78,476 ex-showroom, India. 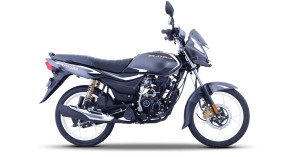 The bike sits just above CT100. With recent updates, the Platina gets LED DRLs on the front cowl. The bike follows a minimalistic simple design. The Bajaj Platina is powered by a 102cc engine producing 7.7bhp and 8.34Nm of torque. The most selling point of this bike is that it is ARAI certified to claim a mileage of 90 kmpl. The price tag on the bike is Rs 52,878 ex-showroom, India. 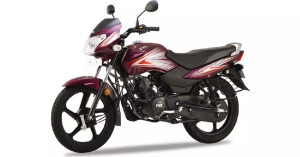 From the name suggest TVS sport is a sportier version of Star City. The major difference on both the bikes is that the Sport gets sportier graphics and an aggressive front cowl. The bike is powered by a 100cc, single-cylinder air-cooled engine that produces 7.4bhp of max power and 7.5Nm of torque. Transmission duties are done with the help of a 4-speed gearbox. TVS made the bike relatively light because of which it claims a mileage of 95km/l. The bike starts from Rs 56,476 ex-showroom, India. 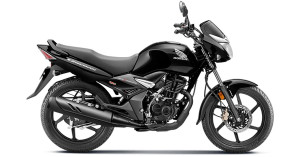 A decade-old bike with a prime example of reliable engines that Honda makes. After the BSVI update, the bike is priced at Rs 95,738 ex-showroom, India. The new CB Unicorn is powered by a 162.71cc, single-cylinder, air-cooled, 2-valve, fuel-injected engine. Which churns out a max power of 12.73 bhp at 7500 rpm and peak torque of 14 Nm at 5500 rpm. This engine is paired with a 5-speed manual gearbox and multi-plate wet clutch. The HET technology helps to produce a maximum mileage of 50 kmpl. 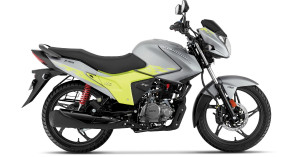 Made for the consumer who wants to experience premium with the trust of a brand like Hero. The bike is priced at Rs 71,900 ex-showroom, India. Powering the bike is a 124.7cc, single-cylinder, air-cooled, fuel-injected engine. The same makes 10.72 bhp at 7500 rpm and 10.6 Nm torque at 6000 rpm. For transmission, the company paired it with a 5-speed manual gearbox and well-spaced gearing for ease in the daily commute. Hero claims the mileage of the bike to be 55 kmpl.

Vipul Chandwanihttps://www.motorbridge.com/
Previous article
TVS signs MoU with Tata Power to collaborate for two-wheeler EV charging stations in India
Next article
How to and best way to convert your old petrol car into a CNG car