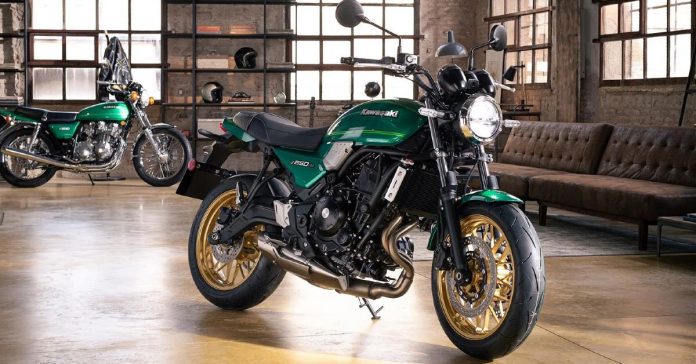 Kawasaki released its 650cc retro-styled bike in India based on the Z900RS.

Kawasaki teased its classic retro-styled 650cc bike on social media. The Kawasaki Z650RS finally made a debut and will be launched in India later this year. Z900RS was released earlier this year, which is an elder sibling of the new Z650RS.

Unlike Z900RS, which is a Completely Built Unit (CBU) in India, Z650RS is expected to reach us as a CKD (Completely Knocked Down unit). Due to this, Kawasaki Z650RS price at Rs 7.00 lakhs ex-showroom, India. Here are other details we know about the bike.

In terms of design major cues are taken from its larger sibling Z900RS. With a round headlight, a flat seat, a retro shaped fuel tank, circular rear-view mirrors and an upswept exhaust the Kawasaki Z650RS design looks more of a retro styled. As compared to its twin sibling Z650, the Z650RS gets a shorter wheelbase of 1,405mm, which is 5mm shorter. 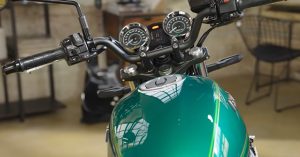 The bike gets a new suspension setup, which is handled by 41mm telescopic forks upfront and a horizontal back-link unit at the rear. The rear suspension has an adjustable preload. For safety, Kawasaki has made the bike equipped with disk brakes in front and rear that are paired with dual-channel ABS as standard. Z650RS follows the green colour as the signature of the company with a retro tint on it.

Z650RS also shares the same tubular steel frame underpinning other Kawasaki siblings such as Z650, Ninja 650, Versys 650 and Vulcan S. Kawasaki Z650RS engine is the same 649 cc liquid-cooled parallel-twin motor which delivers a powerful punch of 67.3 bhp at 8,000 rpm and max torque of 64 Nm at 6,700 rpm. The transmission duties are done by a 6-speed gearbox. As per the leaks earlier last month, the motorcycle has a claimed top speed of 191 kmph.

The company realised the growth of retro styling bikes with the hike in sales of Royal Enfield 650 Interceptor and Continental. It was a bold move by Kawasaki to release its second retro bike after the W800. The bike will lock horns with Triumph Bonneville in the Indian market.