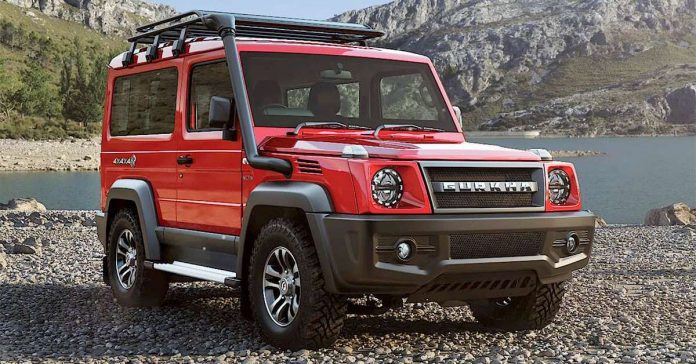 Force Gurkha debut date set on September 27: Here is everything to know

Force Gurkha to launch soon and here are the details we know about it before the launch.

Force Motors showcased its new Gurkha for the first time at the Delhi Auto expo in 2020. At first look, the car looked stunning with lots of characteristics of a compact SUV. The Force Gurkha is adventure-ready and now with so many images leaked online, the company has made the exact same vehicle. Finally, Force has unveiled its new upcoming product along with the launch dates. Here is everything that is known.

Noticeable changes in the car from the current model are new grills with LED lights, a larger rear window which the company calls panoramic windows, and new bumpers. The company still uses a boxy body shell design with some new remodelling to make it look modern. The snorkel in the photos comes as standard fitted from the factory. The interior of the car has been redesigned as well with a new instrument cluster to match the competition.

Comparing the car with the Auto Expo showcased vehicle there are few cosmetic differences as well. The front grill holds the name of the car instead of the default Force logo. Along with this, the rear of the car holds a 4x4x4 badge which was lacking in the showcased car. 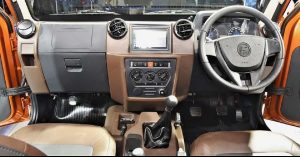 Read Also: CITROEN C3: DESIGNED IN AND FOR INDIA MADE A GLOBAL DEBUT

Looking at the competition in the market Force needed to offer some appealing interior equipment to attract more customers. The infotainment is a  touchscreen display and supports Android Auto, Apple CarPlay and Bluetooth connectivity. Other comfort-oriented features include tilt and telescopic adjust steering, USB charging sockets for all four occupants, individual armrests for the rear seat, power windows, central locking, air-conditioning which can be an automatic variant for higher tiers.

Force made no compromise with this adventure-ready car when it comes to safety. Gurkha will come equipped with dual airbags, ABS, ISOFIX child seat anchors, rear parking sensors and even a tyre pressure monitoring system.

The Mechanical aspect of the Force Gurkha seems to have been carried from its predecessor models with some tweaks. The chassis went through an improvement to meet the safety standards and regulations. The same happened with the engine as well. Gurkha is equipped with the same 2.6-litre diesel which is tweaked to meet BS6 regulations. The engine produces 91 hp power and 250 Nm of peak torque which is paired with a 5-speed manual gearbox. The transmission gets a low range and manual locking front and rear differentials as well.

The colours and further changes are unknown, but everything will be in the spotlight as soon as the Force Gurkha debut date is on September 27 in India. The car will majorly compete against Mahindra Thar and is expected to be priced between Rs 10-14 lakhs.