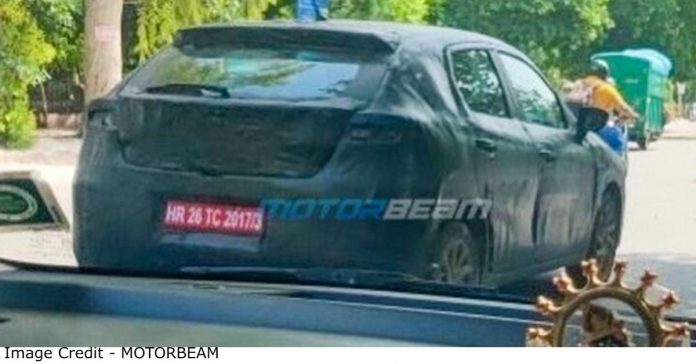 After last year, Baleno again got spotted and here is everything we know.

Maruti Suzuki Baleno is one of the most polar premium hatchbacks in the segment. After the company realised that Baleno has grown old enough we saw an updated version being tested last year. Although it was not ready at all until now. Yesterday MotorBeam, a youtube channel, caught the new 2022 Baleno being tested in its camouflaged mule, which is almost production-ready. Here are the details we know about the new Baleno yet.

From the leaked image we could clearly see that the new Baleno has redesigned tail lamps. As the company has heavily camouflaged the car, we can tell the car has gone under slight body change as well. The rear bumper looks to be resigned. The boot design follows the same design language as the older model. If the rear bumper has been redesigned we can expect that the company would have redesigned the front one as well. A more prominent looking spoiler can also be seen on the rear of the mule. The side profile following with rear wipers and curved back remains the same. 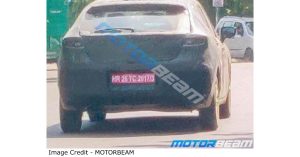 Due to being heavily camouflaged, it’s unclear what things have been changed in the interior. Although the interior design really needed a revamp and the company knows that. We can expect a fully digital instrument cluster in replacement of the analogue one in the current model. The company can also include a new fully digital instrument cluster with all the standard features nowadays like Android Auto and Apple Carplay. The company also used to include a safety kit inside the car. That can get an update as well.

Even if the company may facelift the car from the exterior it’s expected that the car’s engine will not be revamped. The company will still include smart hybrid powertrains on the higher models, which not only increases the initial performance of the car but also make the car fuel-efficient.

Despite this, there being no major update in the current-gen Baleno the sales fingers are pretty high and it will be really exciting to see what the company has to offer in its facelift. Also, we expect the company to bring back the RS variant of the New Baleno as most of the companies are launching their cars sport variants, an example being the N series of i20 by Hyundai.