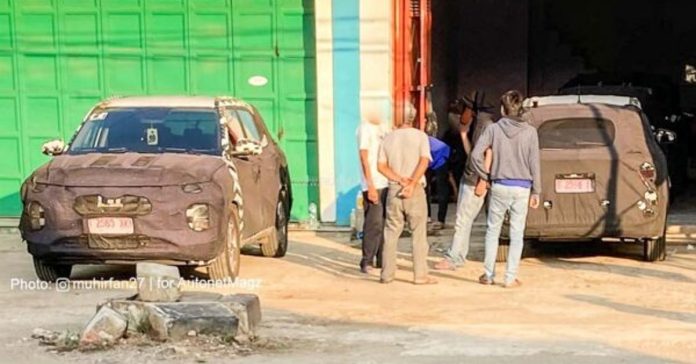 The new generation of Creta was spotted in the testing mule avatar. Here is everything we know.

Hyundai has been selling Creta since 2015 and has been one of the highest selling SUVs in India. The company recently updated it to the next generation. The photographs of the upcoming generation of Creta facelift were leaked from somewhere in Indonesia and gives us a lot of new details. This is what we can expect from the upcoming Creta next year.

Based on the previous spy shots we can know that there are a lot of changes in design as compared to the current-gen especially towards the end and rear of the SUV. The front of the car has a grille that looks a lot inspired by its elder sibling Hyundai Tucson fourth generation. The diamond pattern from the front grille seamlessly integrates into the LED DRLs on both sides. The current-gen Creta has C shaped headlights which can be replaced by new LED projector units in the new generation.

In addition to this, the front has a silver-coloured faux skid plate with slimmer air intake and redesigned fog lamp assembly. From the side design, we can observe a new pair of dual-tone alloy wheels. While the front is redesigned, the side profile of the car remains the same. Even if the rear and interior of the car are not known yet we can expect some design changes with the improvement of fit and finish from the inside. 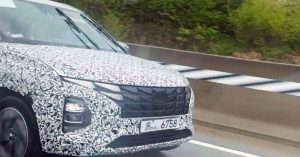 Engine options are not likely to change and will remain the same as the current-gen Creta. In the next-gen SUV, we can expect a 1.5-litre naturally aspirated petrol mill capable of generating 114 bhp of power and 144 Nm of peak torque. There will also be a diesel option by the company which will be a 1.5-litre CRDi diesel unit that churns out 114 bhp and 250 Nm of torque. Both the engines will be available in either 6-speed manual transmission or a 6-speed torque converter CVT automatic transmission.

There will be another option for consumers to get a 1.4-litre GDi turbo petrol engine that produces 138 bhp and 242 Nm of maximum torque. This engine will be paired with a 7-Speed DCT automatic gearbox.

The company has kept the release dates and official updates in wraps for now, but it will be exciting to see what new things Hyundai is planning for its bestseller SUV. We can expect the new generation Creta to release in mid-2022 i.e. next year.